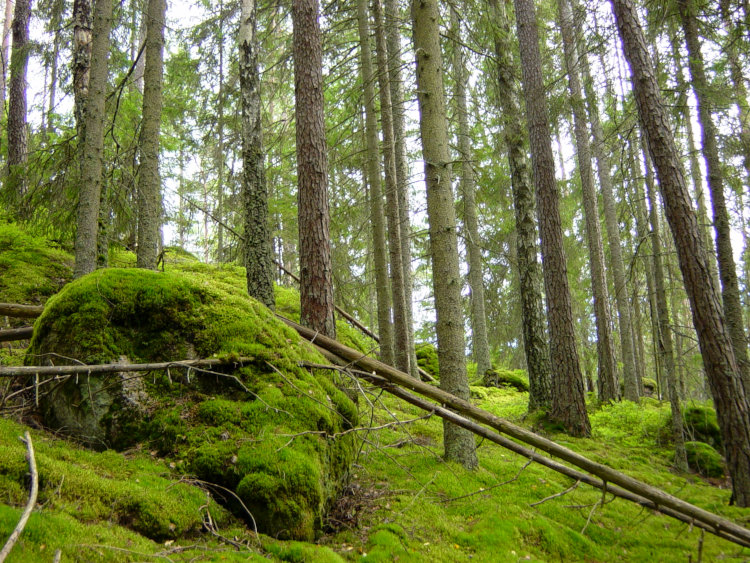 Around the Big Lakes, Sweden

The deep and dark forest of Tiveden was for long a time a forest you would keep away from, due to pirates, thieves, trolls and other dangerous creatures. In the old days this was described as the border to the wild and unreliably people of the north.... and when you walk around in Tiveden, these thoughts are easy to understand. This park makes your imagination come alive.

Tiveden National Park is one of southern Sweden's wildest forests. It is located between the big lakes Vänern and Vättern, and it has always been considered as wild and dark and inaccessible. It has a mystic touch; you can almost see the gnomes and elves behind the stones or trees.

For me, Tiveden is one of the most beautiful national parks in the southern part of Sweden, and I've enjoyed it so much that I have visited 3 times so far :-) When you are in this part of Sweden and you love nature, don't forget to spend at least one day in Tiveden National Park and do one of the hikes. I am sure you won't regret it.

Below you can find a photo impression of my visit to Tiveden National Park. And as usual, all the photos in the collage are clickable, so you can view the larger photo if you like. 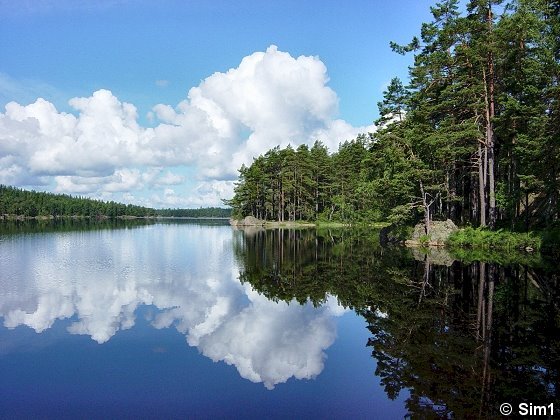 The quickly changing landscape, from dark green valleys with big boulders covered with moss, fallen over trees, moist in the air, to the higher elevations, where the sun light tries to be break through the trees.

And all off a sudden you will be in an open spot in the forest, where the sun is shining brightly on the grey rocky surface, and the views over the surrounding area are wide and stunning.

Imagine staring out over a blue lake, which mirrors its surroundings perfectly, as the water is so still or admiring a waterlilly showing off its beauty for everyone who wants to see, Tiveden has it all! 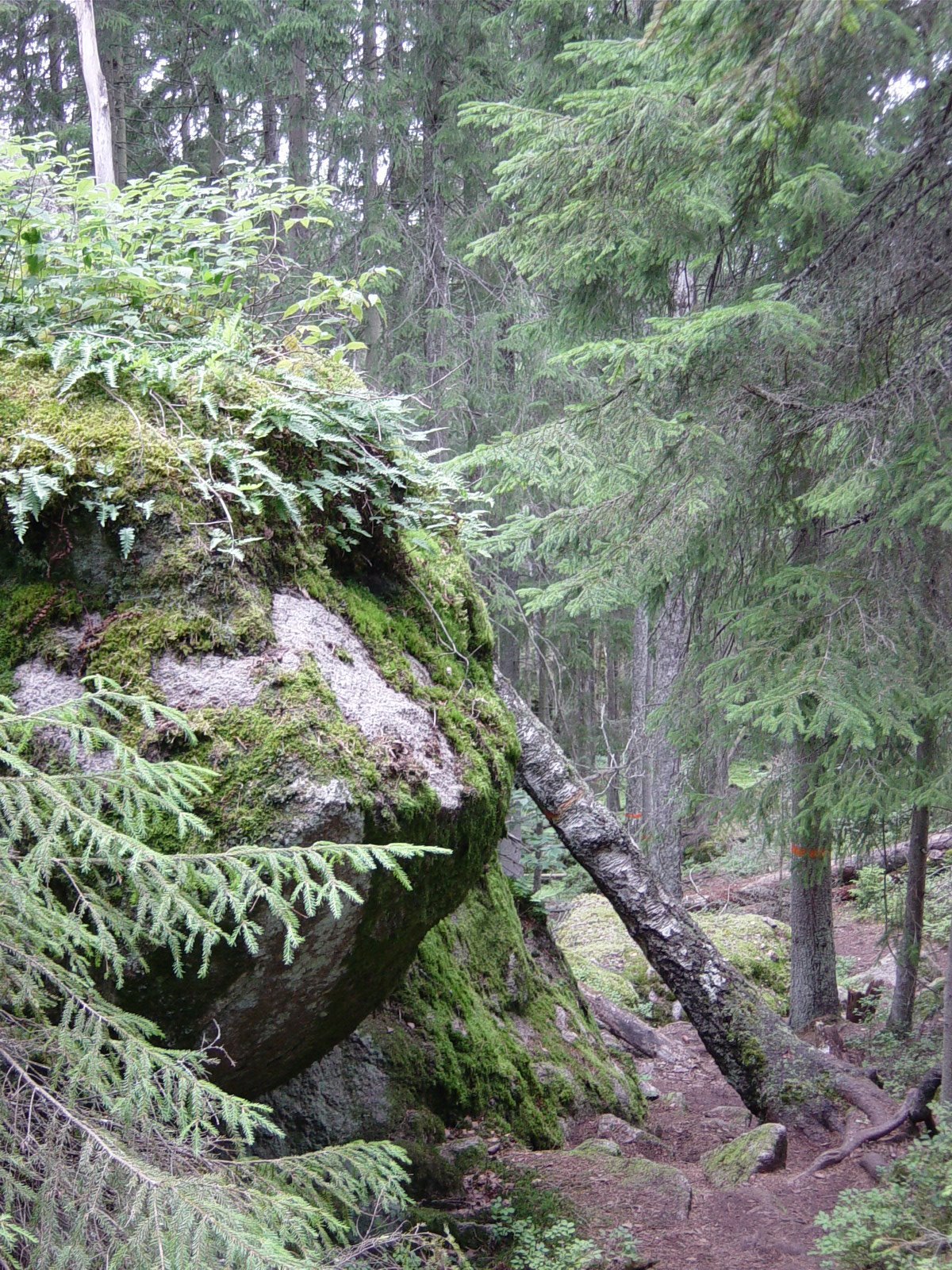 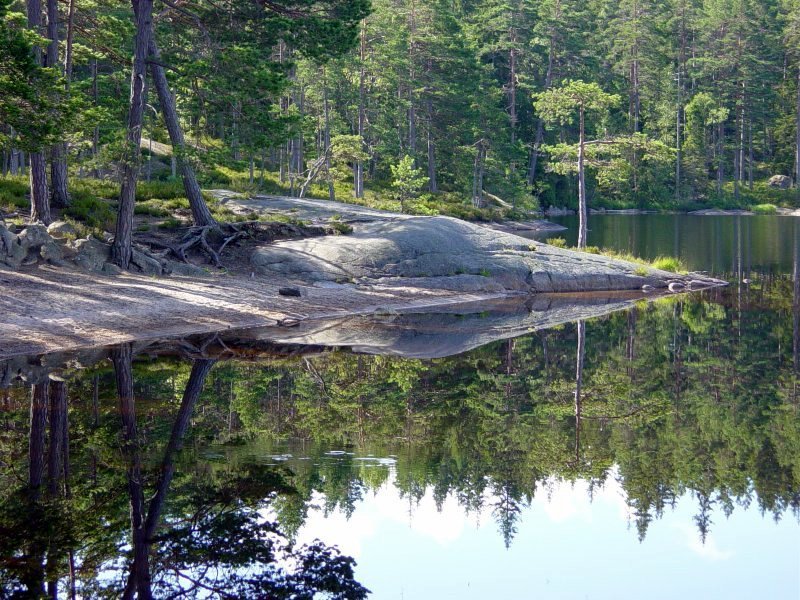 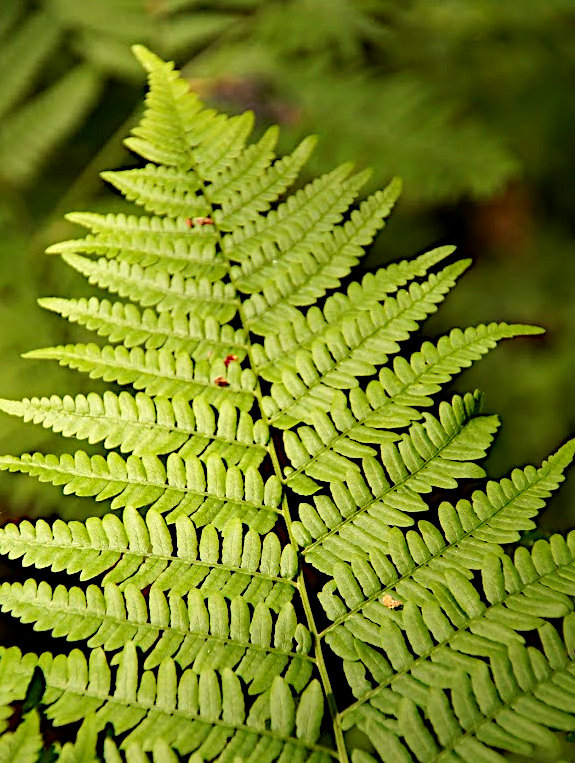 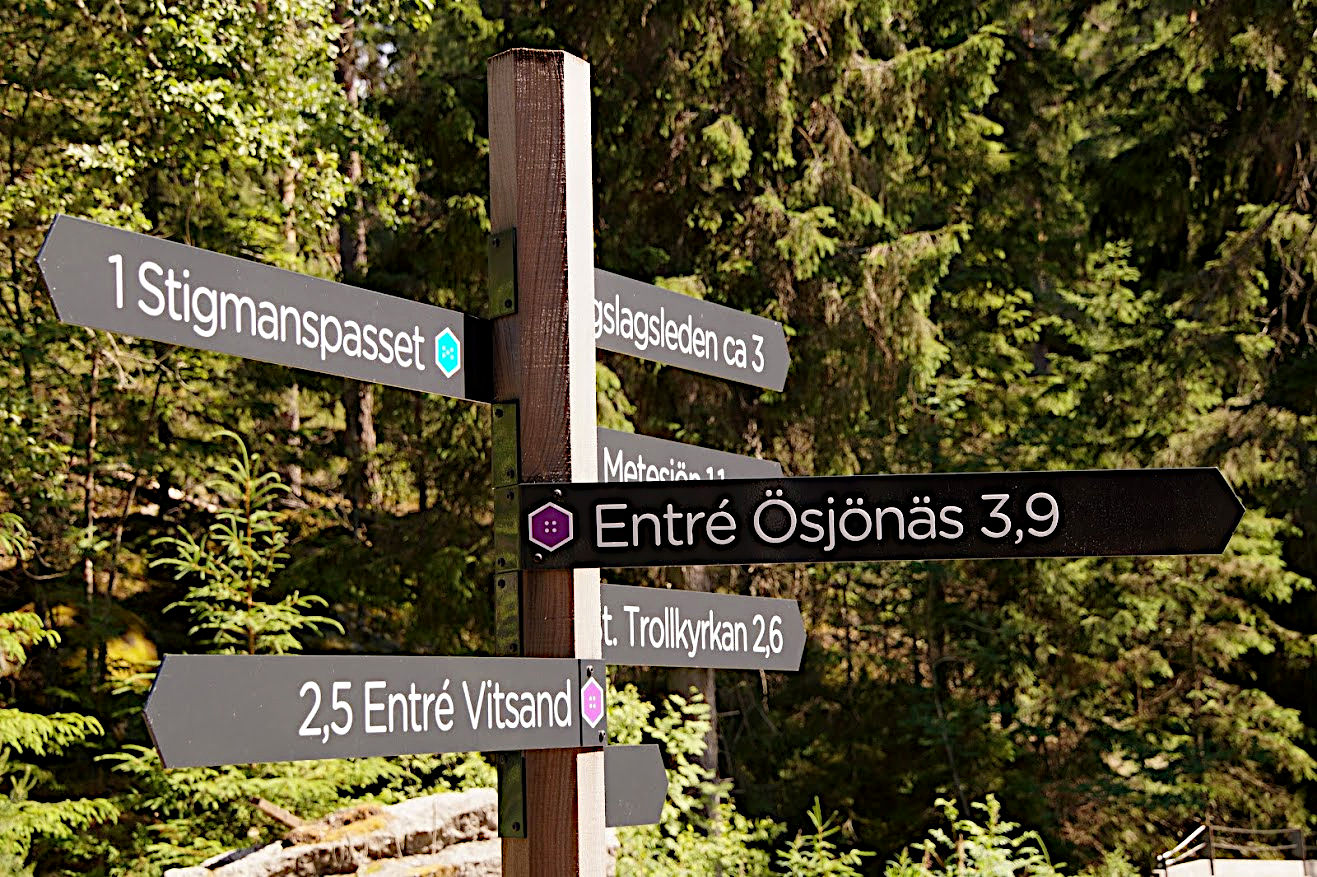 So which way to go?

There are quite a few hiking trails in Tividen National Park, in all there are more than 34 kilometres of marked trails. During my three visits I must have walked around 20 kilometers in total of these trails.

The most recent one, in June 2018, we did the longest trail in the park called "Trehörningsrundan" which is 9,5 kilometer long. In the brochure it says it will take you about 6 hours. But if you are used to hiking, you can easily do it in much shorter time. I think it took us less than 4 hours, and we took quite a few breaks on the way to take some photos of the wonderful landscape surrounding us. 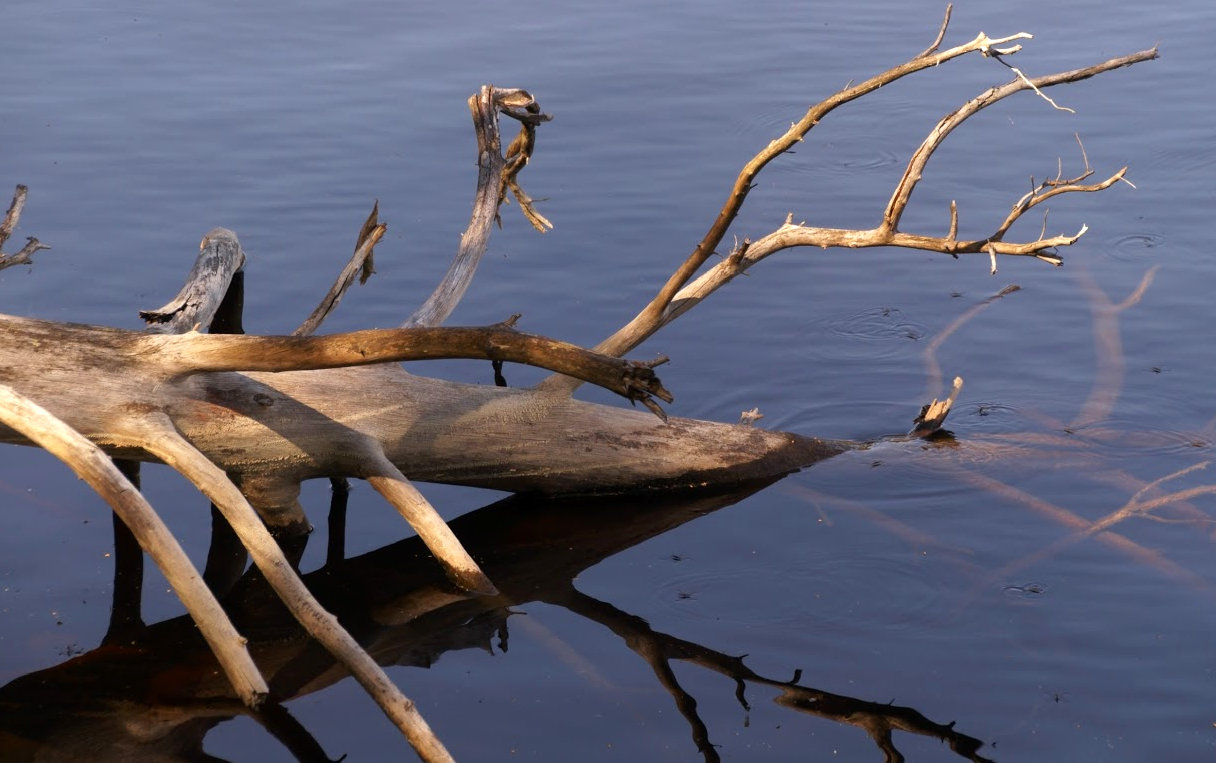 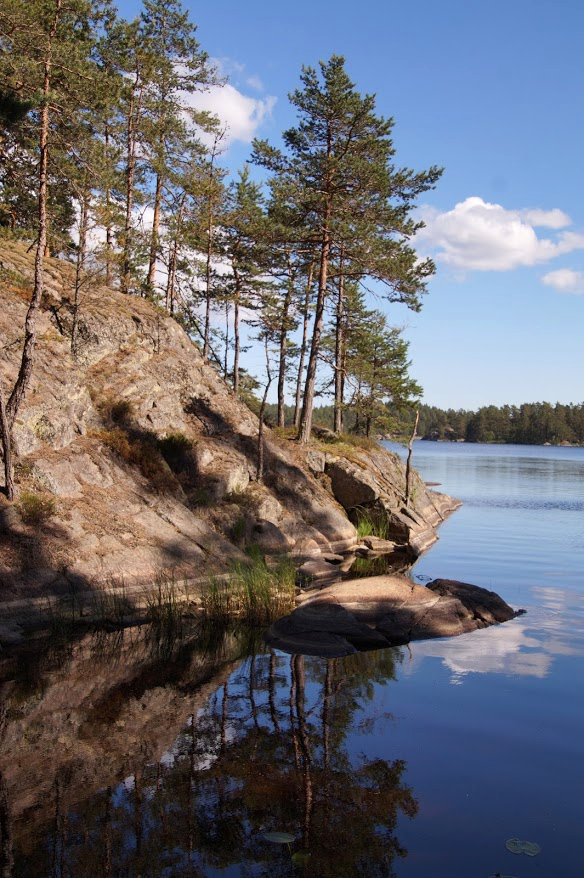 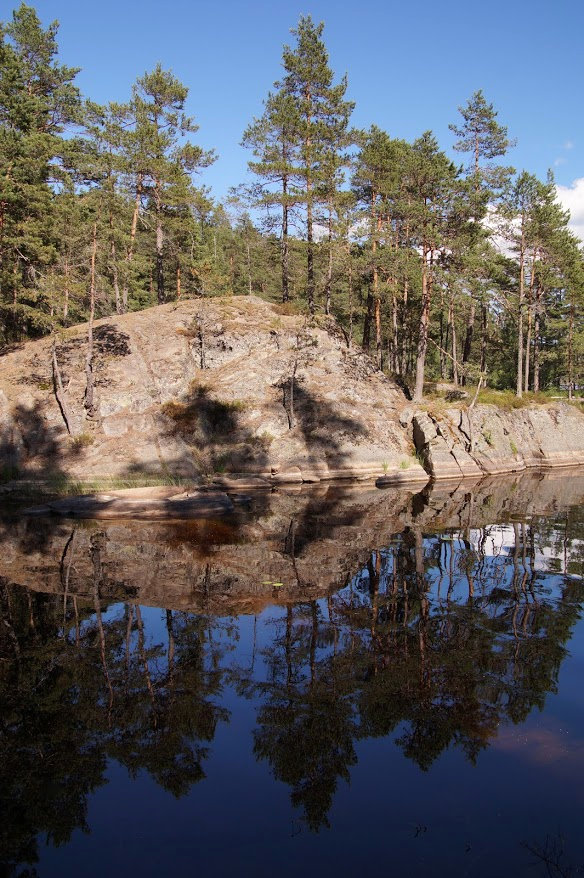 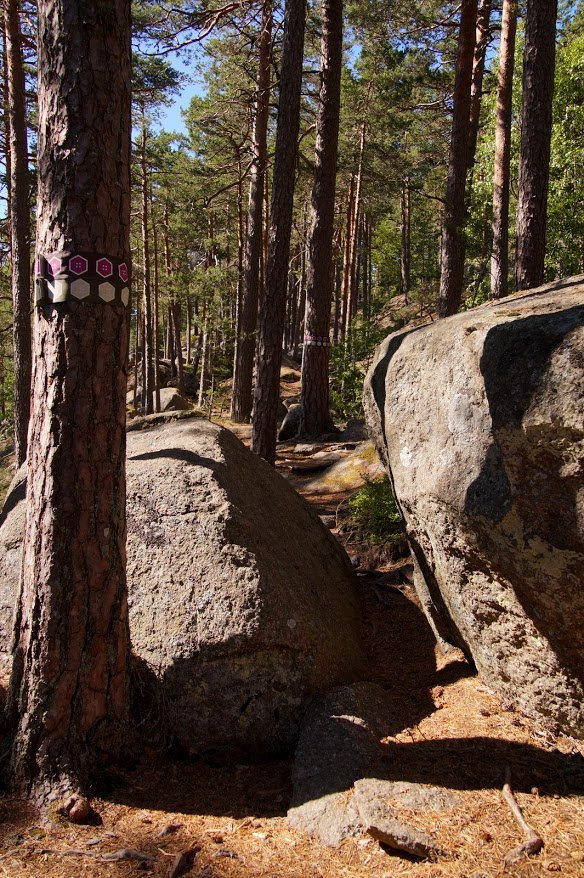 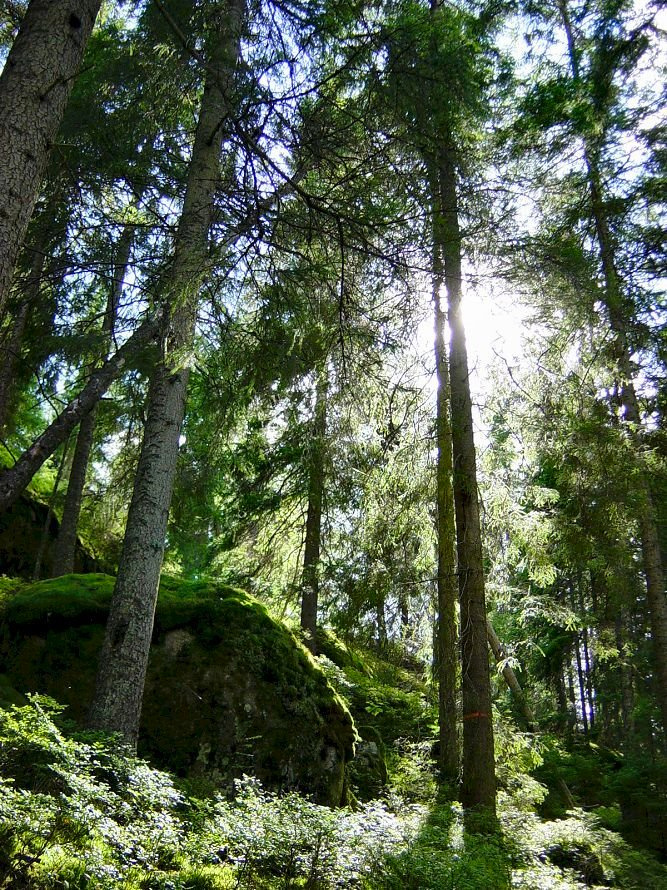 In Tiveden National Park the forest is being allowed to evolve as natural forest, and yes, you hence you will see fallen trees and nature taking its will over the landscape.

What is now growing here is a forest that has not been impacted by recent decades of large-scale forestry. Walking in such a large continuous area of old forest is very unusual in southern Sweden, and I guess that is what has always attrackted me so much to just this National Park :-) 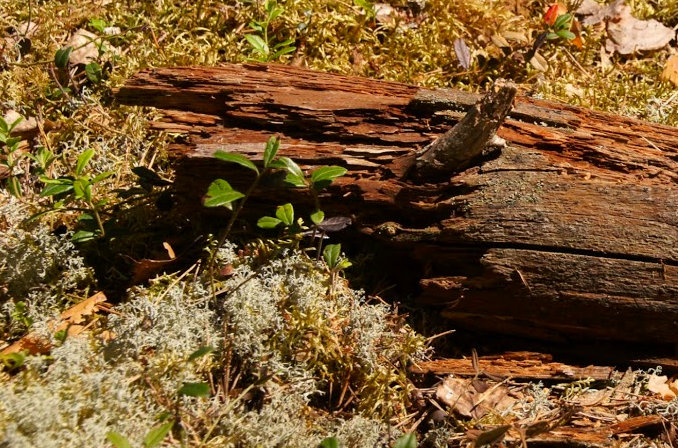 Tiveden National Park was established in 1983 and the park expanded in 2017 and became 2030 hectares. And now (2018) further plans are to extend the park with another 630 Hectares and will included the lake "Stora Trehörningen".

I did the hike around this Lake during the spring 2018, and the trail went outside the official borders of the park. But in reality it already feels part of the National Park, and you will not notice that the trail leads you outside of the Park borders. it was a gorgeous walk of 9,5 km, with quite a few up and downs with continuesly having a view over Lake Stora Trehörningen, while you hike all around it. 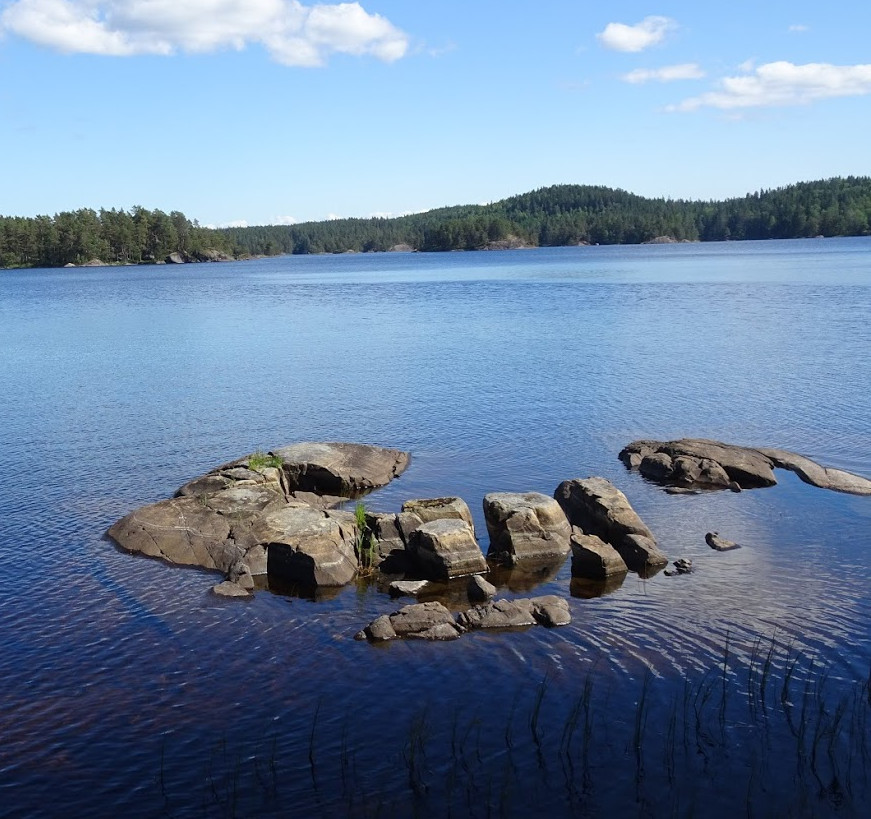 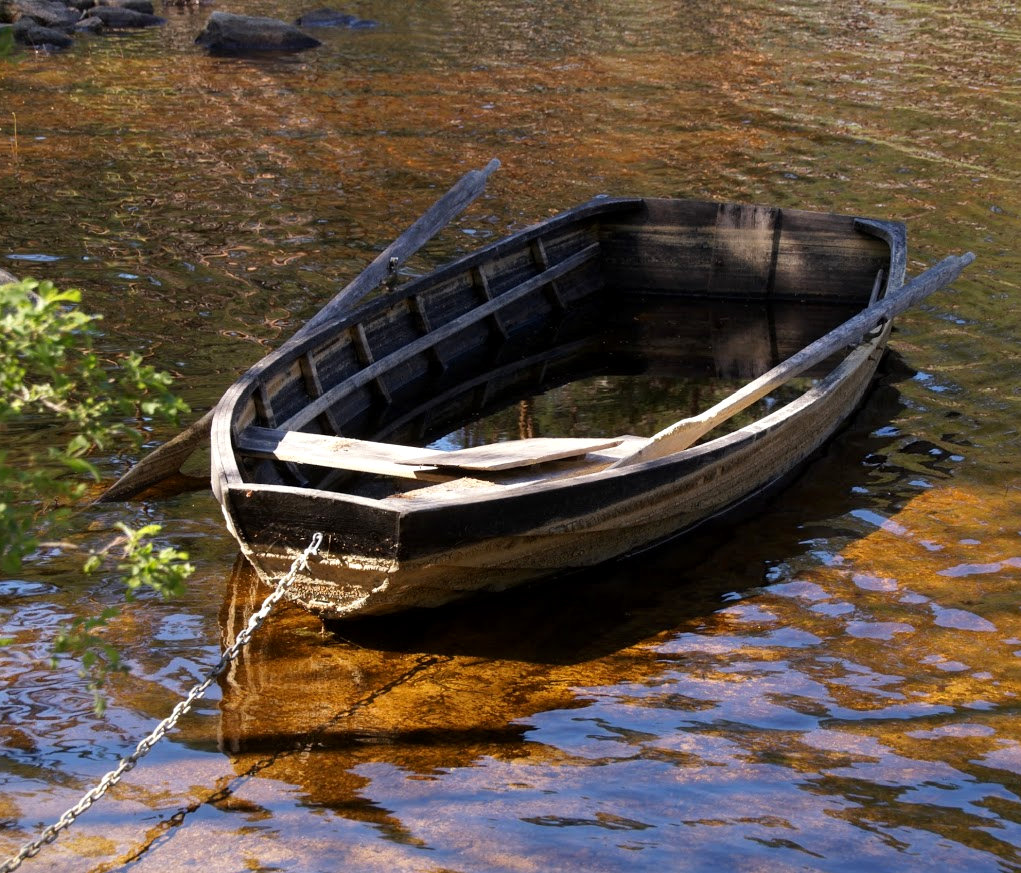 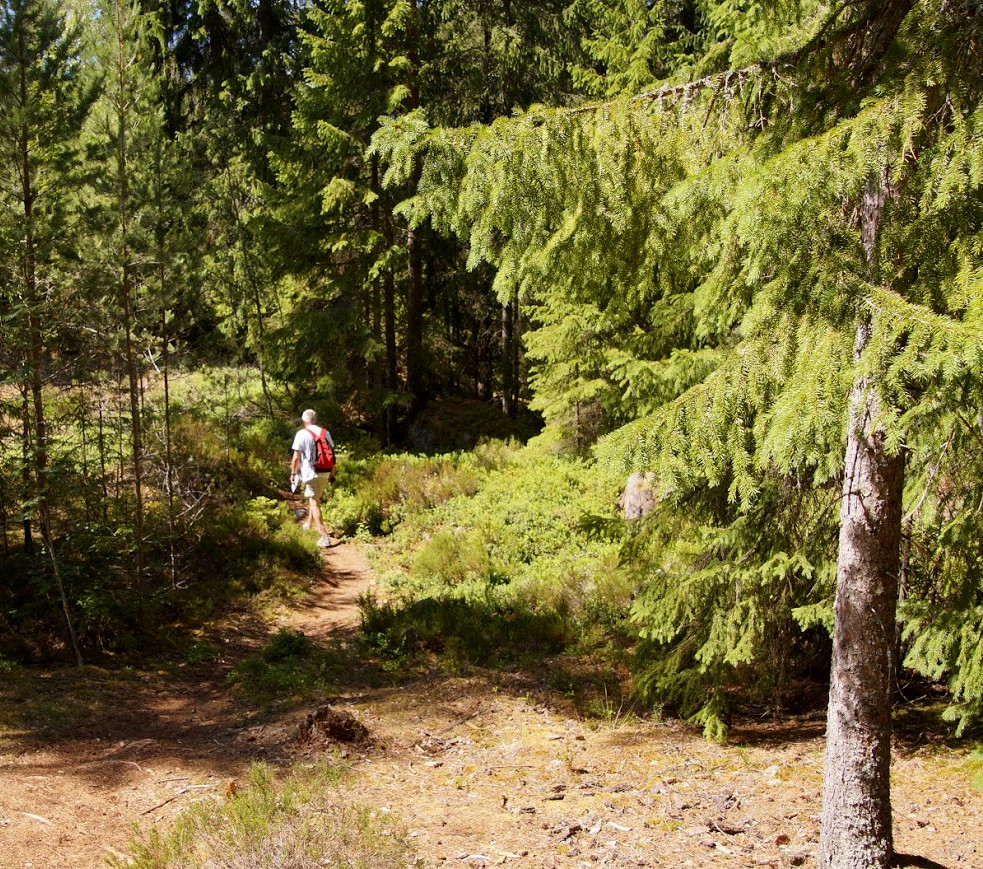 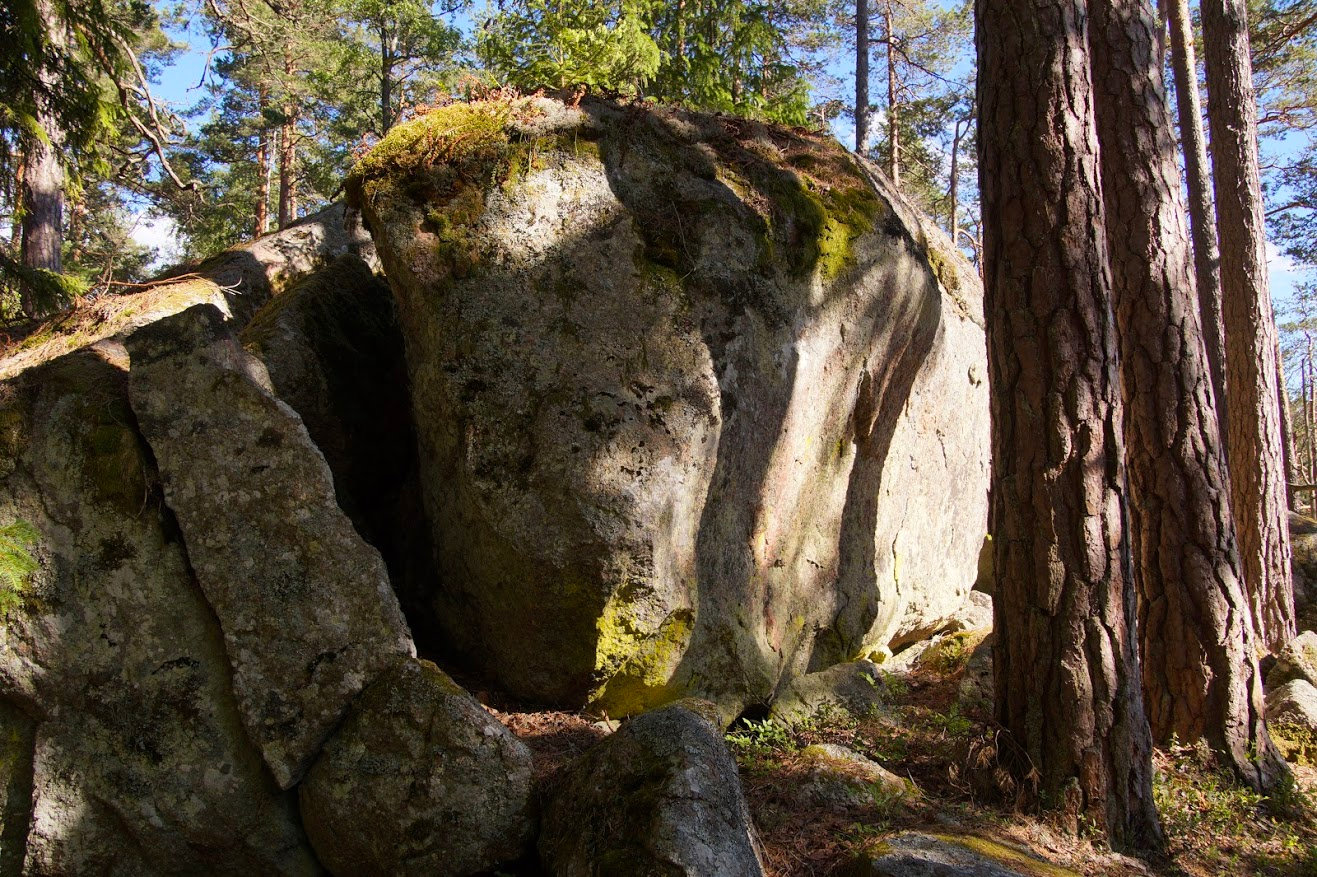 Very characteristic for the park are the huge boulder blocks scattered everywhere in the landscape. These boulders date back to 11000 years ago when the inland ice sheet melted. The melting ice sheets broke off and draged with them these huge stone blocks to their current location. All other loose material was flushed away by the melting ice to the inland sea. This caused that the soil cover in the National Park is very thin.

At some points the hiking trail leads you through narrow passage-ways through groups of enormous boulders. It was quite fun in a way, but sometimes it felt like I had to pull in my stomach to get through. But luckily I never got stuck ;-) 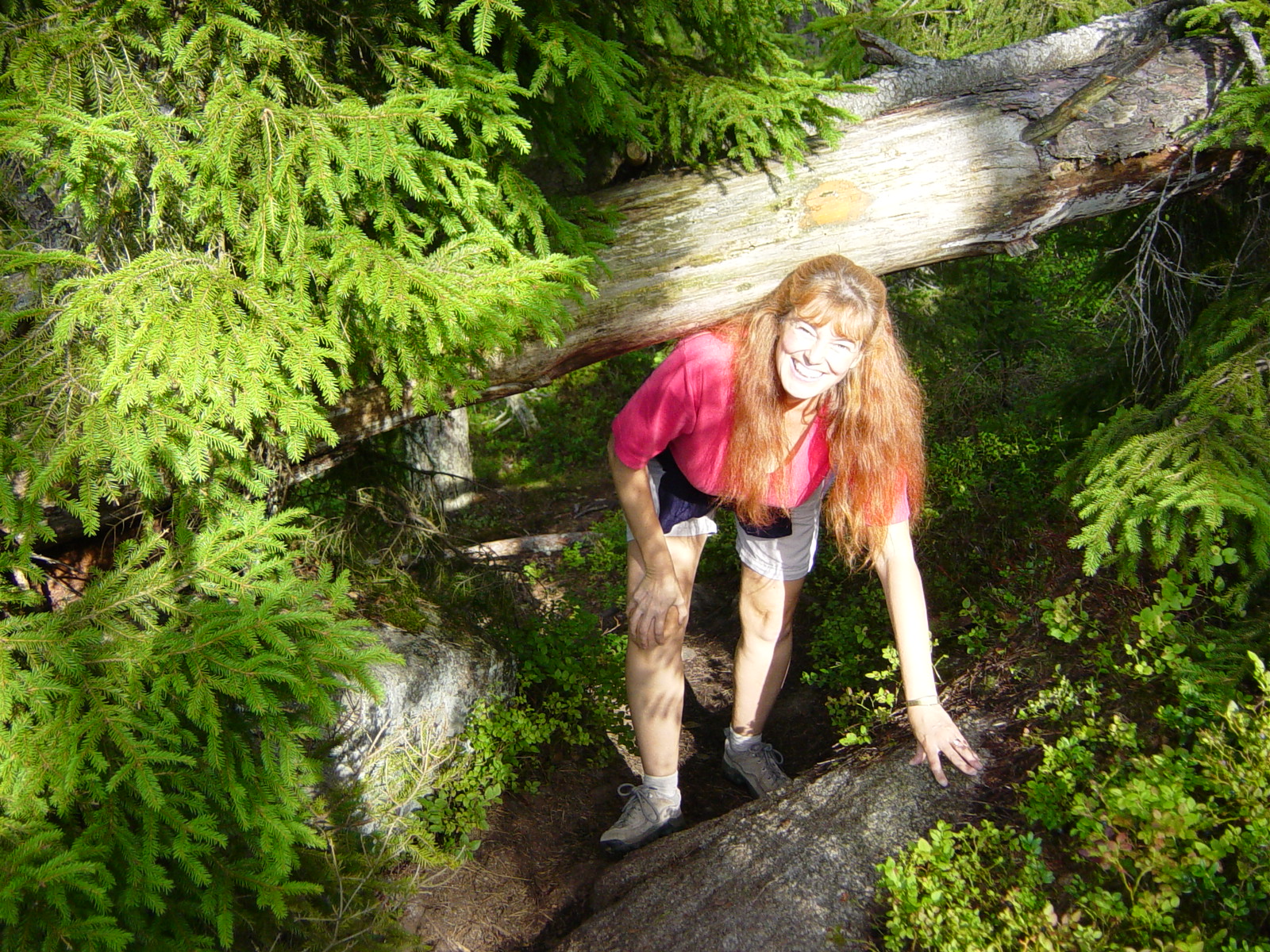 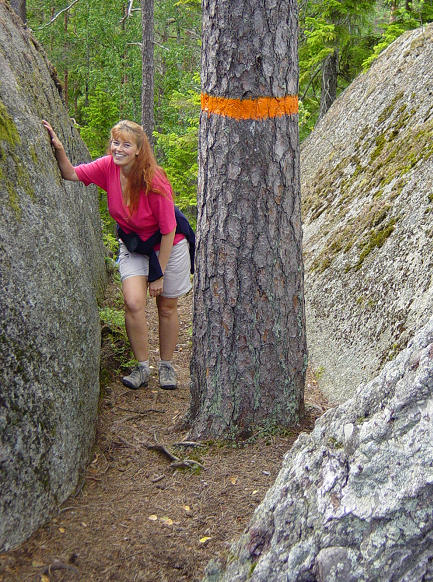 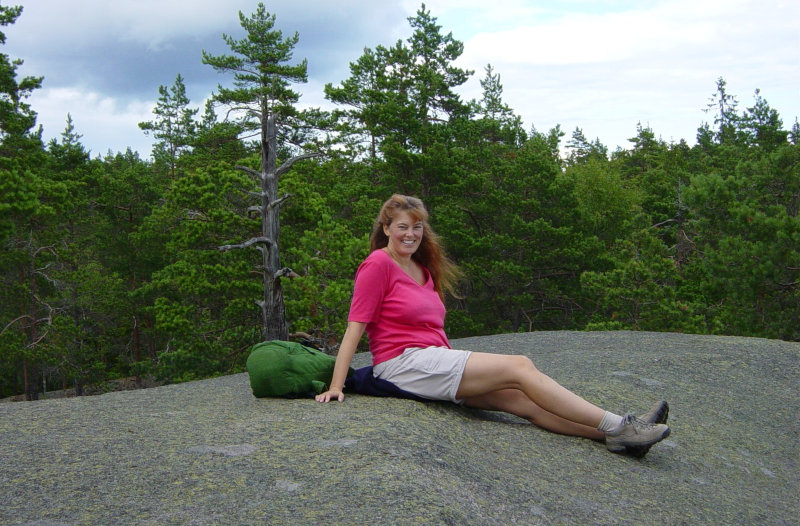 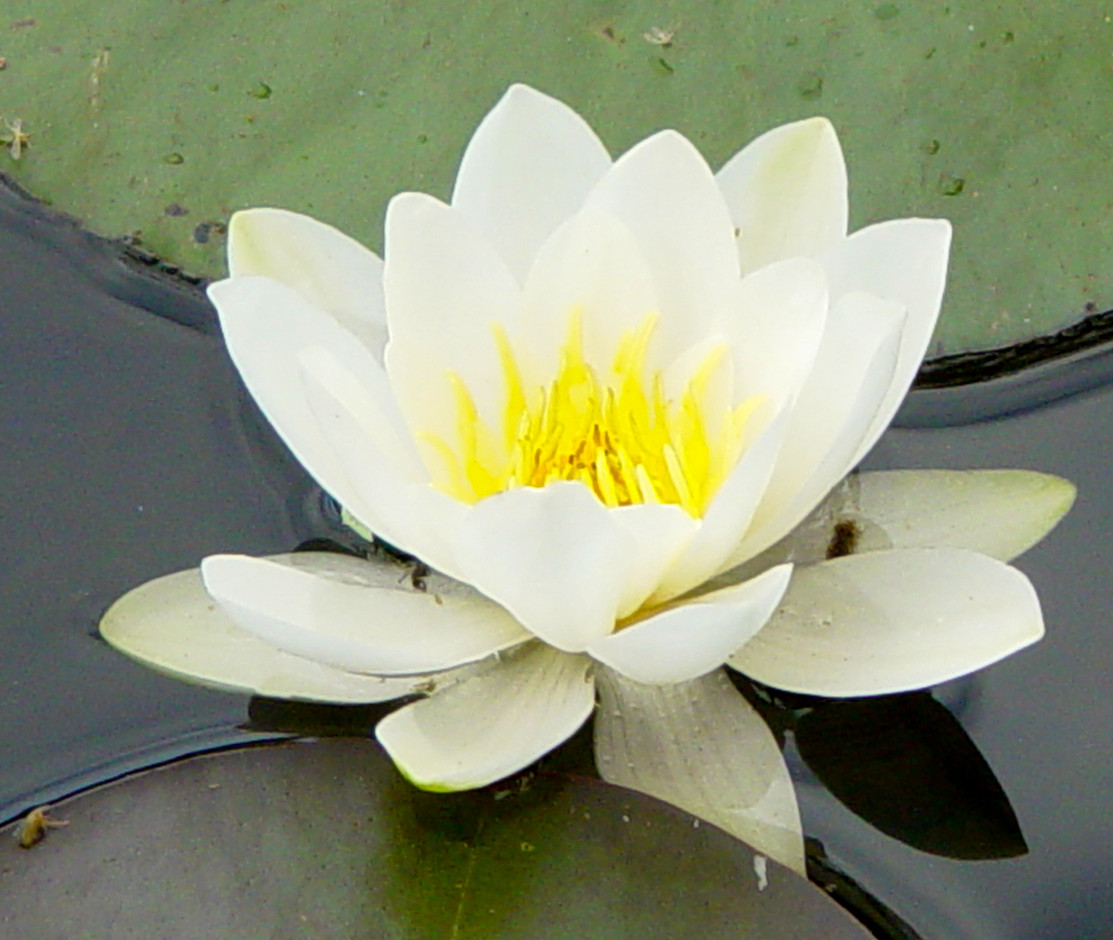 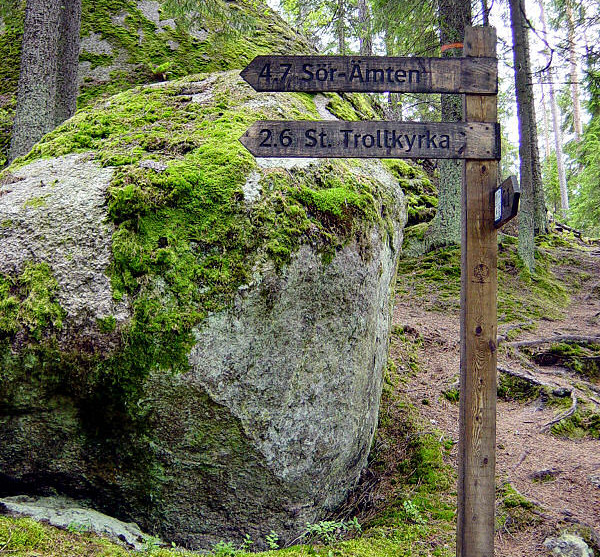 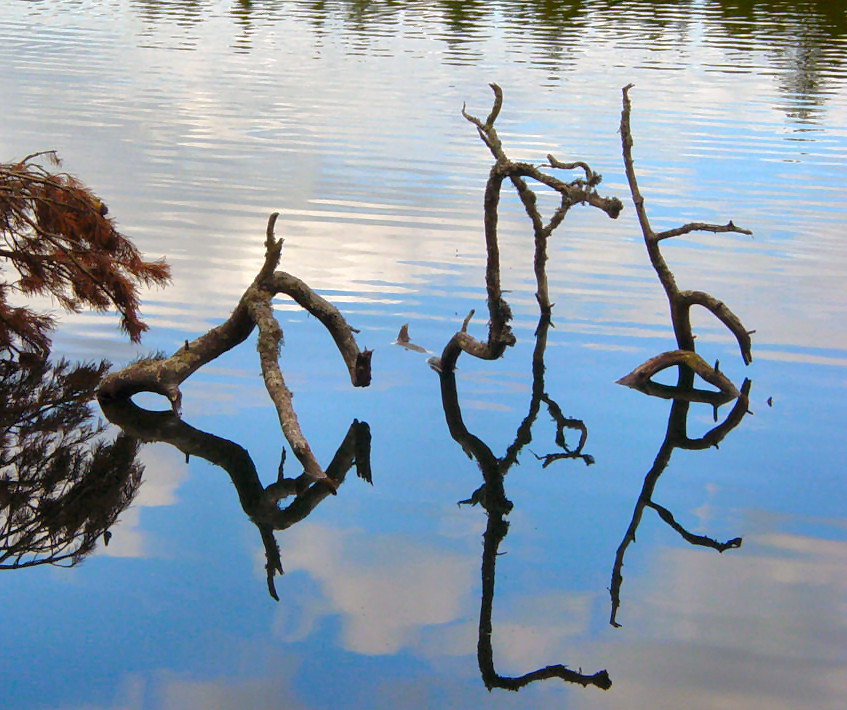 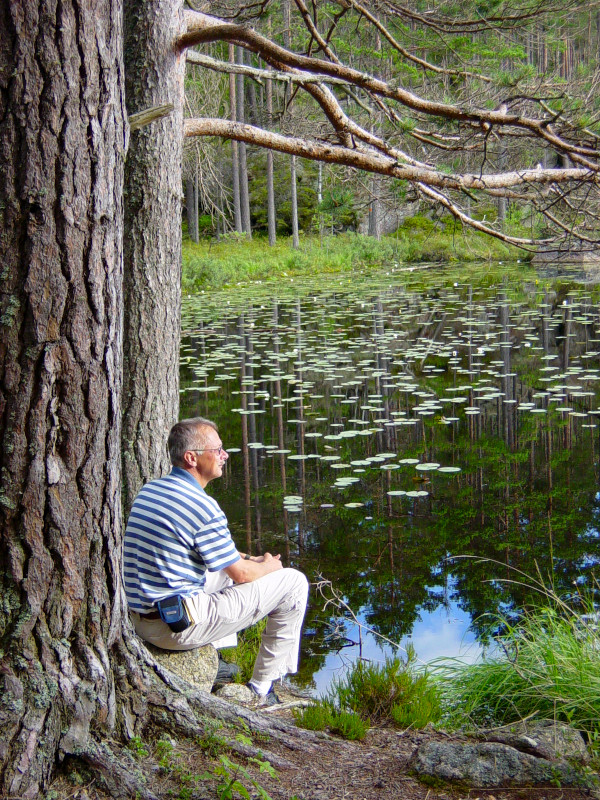