My travels to Germany 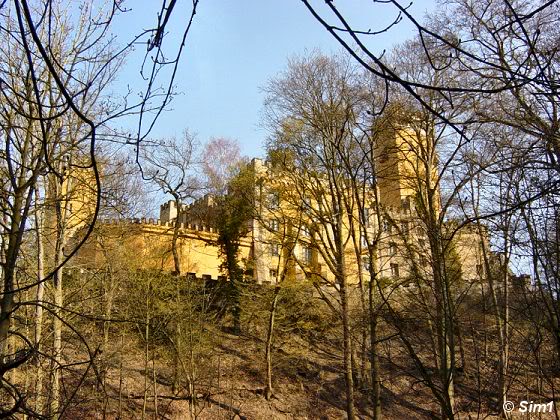 It's a beautiful sunny spring day, and I am actually on my way back to the airport (Hahn) after touring around the Mosel Valley. But the day isn't to an end yet and I decided to take a look at Schloss Stolzenfels on the river Rhine. The castle is high up on a hill and the only way to reach it is by hiking up the hill. You can see it here towering high above me hidden by the many trees surrounding the castle. It looks like a nice trail to walk up, but phew, also a steep one. 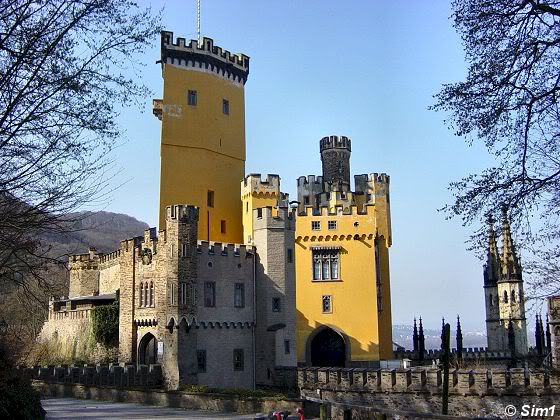 As I decided to visit the castle in 'the spur of the moment' I didn't know that much about it before I started to climb the hill. Somewhere in the back of my mind I remembered it was open until 5 o'clock in the afternoon. As it was just before 4 o'clock we decided not to waste any time and climb the hill as fast as we could. 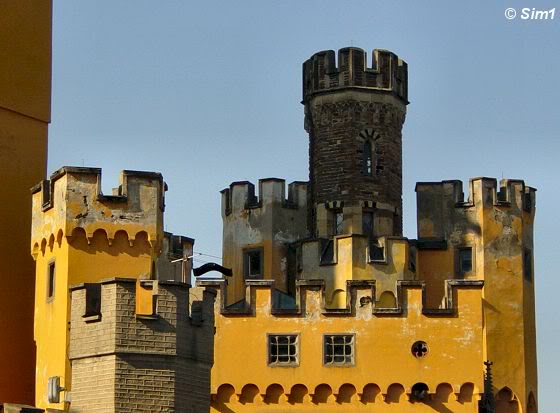 Still gasping for air and totally exhausted I make my way to the top of the hill and to the castle. Oh no! Castle closed! All this climbing was for nothing!!! Somewhere in the back of my mind I was right: the castle was open until 5..... except of course on Monday, the day I was there... arghhh!

Well.... hahaha, I have to admit it wasn't that bad, lol :-)) I am glad I made the hike, even it was a steep one. It was nice to see the castle up close from the outside. The many many towers was in my opinion the most striking feature of the castle. It almost felt that they wanted to try to get as many towers on there as they could. Also the fact that the colours of the castle was mixed made it look peculiar. Half of it is painted in a yellow ochre colour and the other half is plain brickwork.

The history of Schloss Stolzenfels 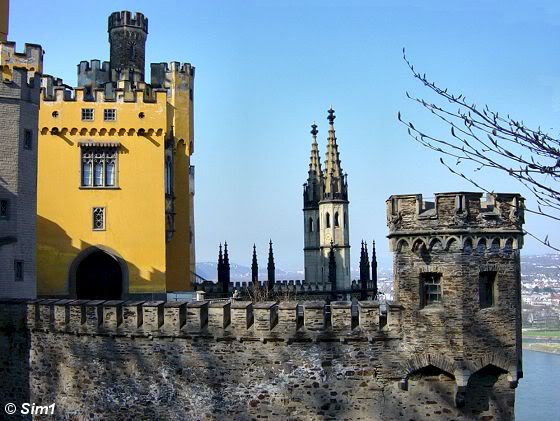 Schloss Stolzenfels has a very long history; the first time this castle was officially mentioned was in 1248. A significant change to the castle was made from 1242 until 1259, when the castle was rebuild into a fortification and a toll station by Archbishops of Trier: Arnold von Isenburg. The history of the castle hasn't been an easy one though, after occupations by the Swedish and the French it was destroyed in 1689.

The rebuilding of the castle

But this was luckily not the end of the castle. The ruins of the castle were given as a gift to Crown prince Friedrich Wilhelm (who later became King Friedrich Wilhelm IV of Prussia) and he started with the reconstruction of this wonderfully situated castle. He had the castle rebuilt by 1842 as a summer residence. The castle was rebuild and there were extensions made by the famous architects Karl Friedrich Schinkel. And that is the castle that you can see here now these days. 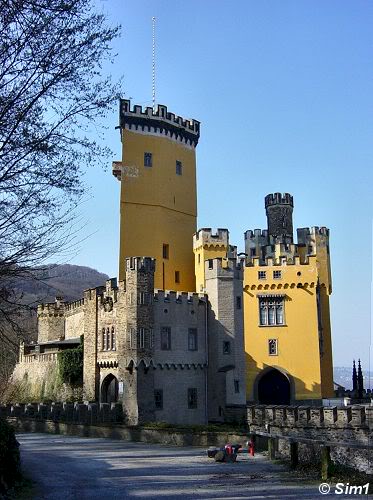 The interior of Schloss Stolzenfels 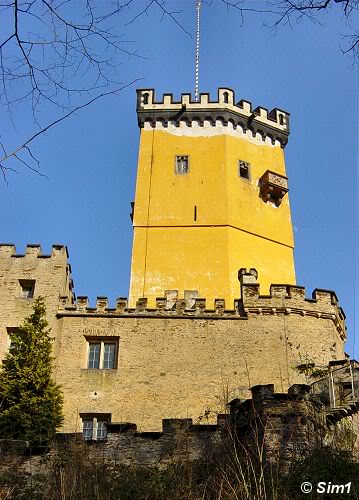 I would have loved to see the interior of this castle as it is richly furnished, has lots of paintings and works of art. You can also see displays of weapons and armour. I've read that the most interesting parts of the castle to see are the castle courtyard, the residential chambers, the knights halls and the chapel. But unfortunately all I could do was stare at the castle from the outside. Next time I'll make sure to check if the castle is open, I am really curious to see its interior. 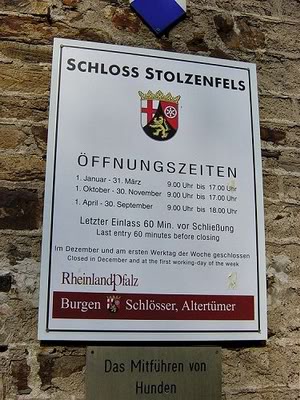 Schloss Stolzenfels
Back to top of the page