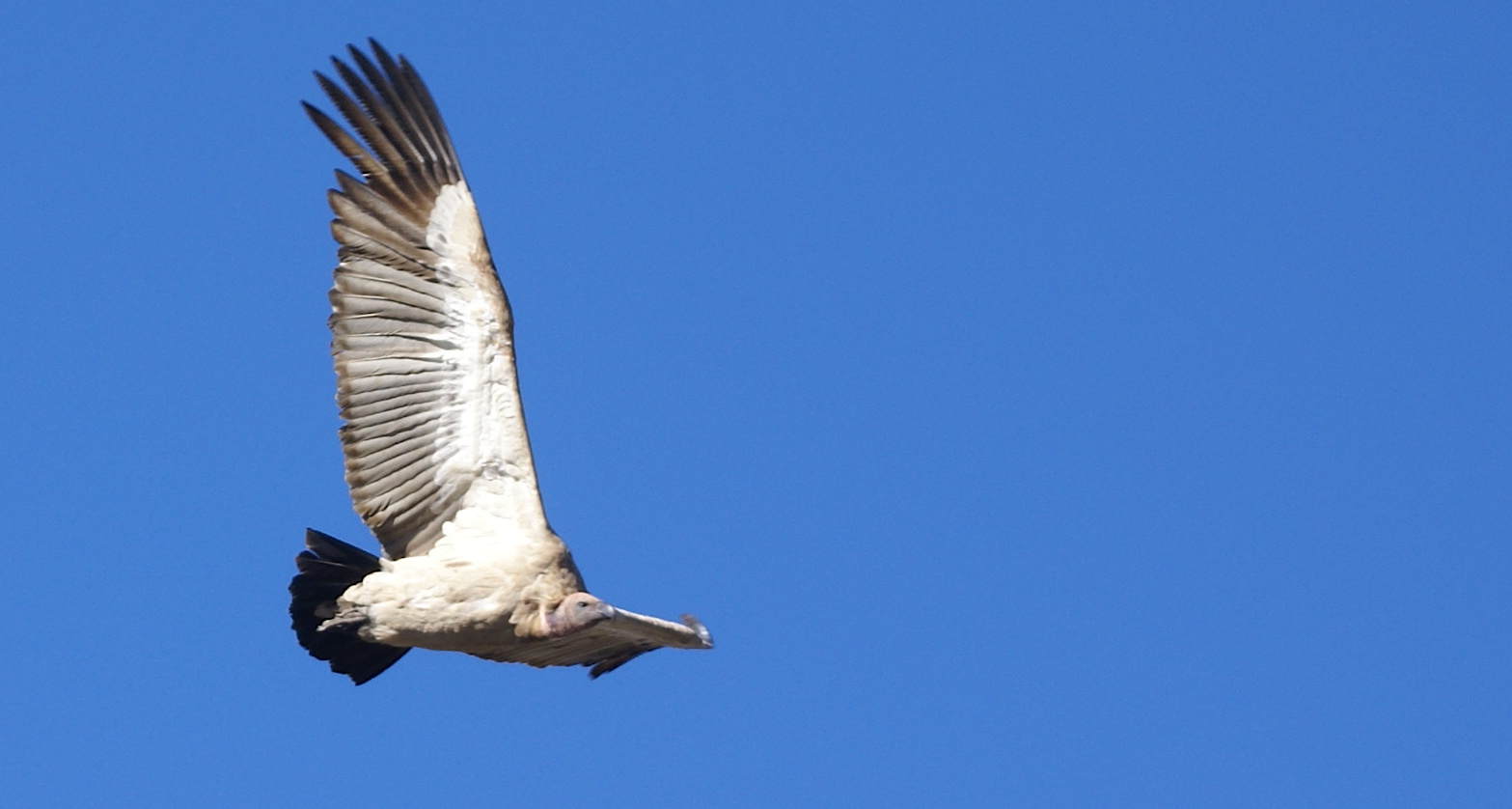 Isn't it weird sometimes where you do end up during your travels? So how did I end up at a Vulture Restaurant?? Starting writing this page, I realize how weird that sounds. And yes, it was all my own idea, and all planned carefully ahead. So what was I thinking?!

But, believe, it was a great experience. Although a bit creepy with all those vultures circling above your head, and no other people here besides me and husband. And it was not just one or two of vultures. No, there were so many more; we counted and it must have been about 50 vultures surrounding us!

Below you can find an impression of my visit to the Vulture Restaurant in the Golden Gate Highlands National Park (in Drakensberg area in South Africa). And as usual, all the photos in the collage are clickable, so you can view the larger photo if you like. 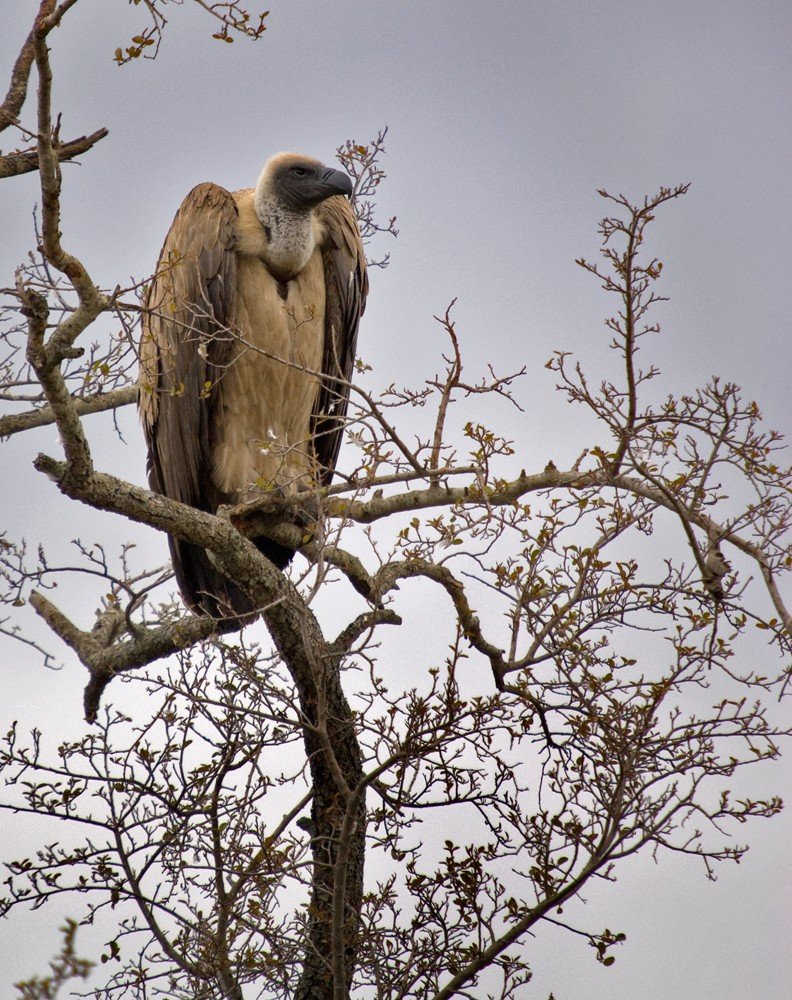 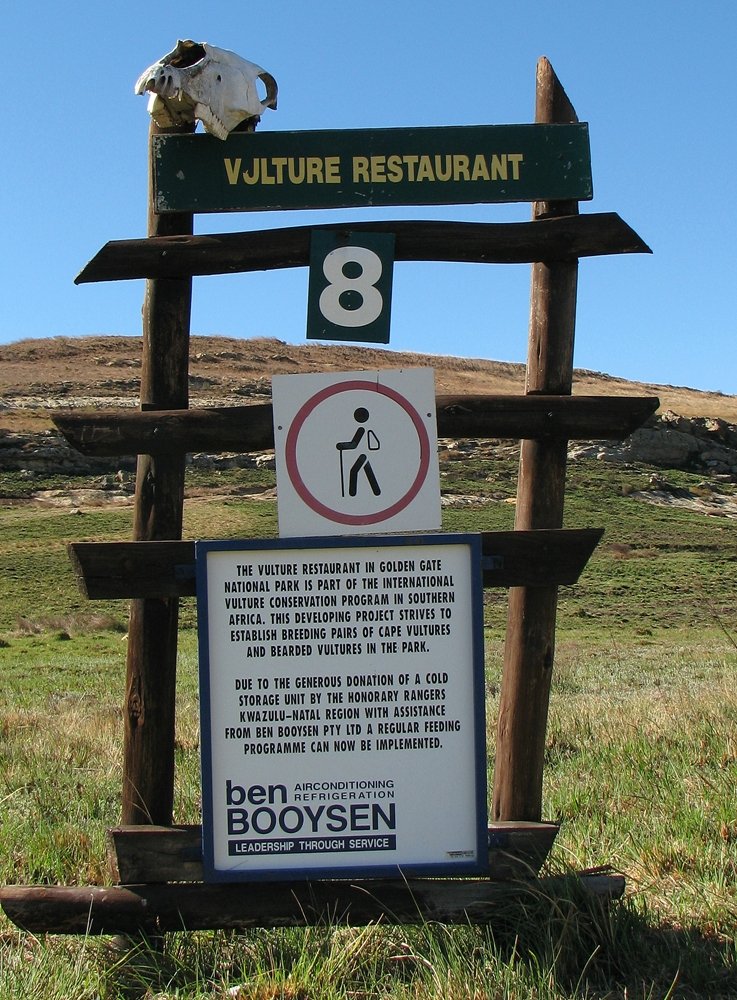 With an impressive wingspan of 2,5 meters it is soaring above our heads, the Cape Vulture. It is one of the largest vulture species, and endemic to South-Africa.
It is sad to realize that the population is steadily declining and now the Cape Vulture is an endangered species.

And this is almost surreal in my mind; this mighty, powerful and impressive bird, to be declinded so much in numbers that it is endangered. In short: considered to be facing a very high risk of extinction in the wild.

Most would associaty the vulture to be ugly, but in all its ugliness there is a beauty in this bird. It has a creamy-buff body plumage, which contrasts with its dark flight and tail feathers and its black bill. In flight you can see its pale, almost silvery, under-side wing feathers. 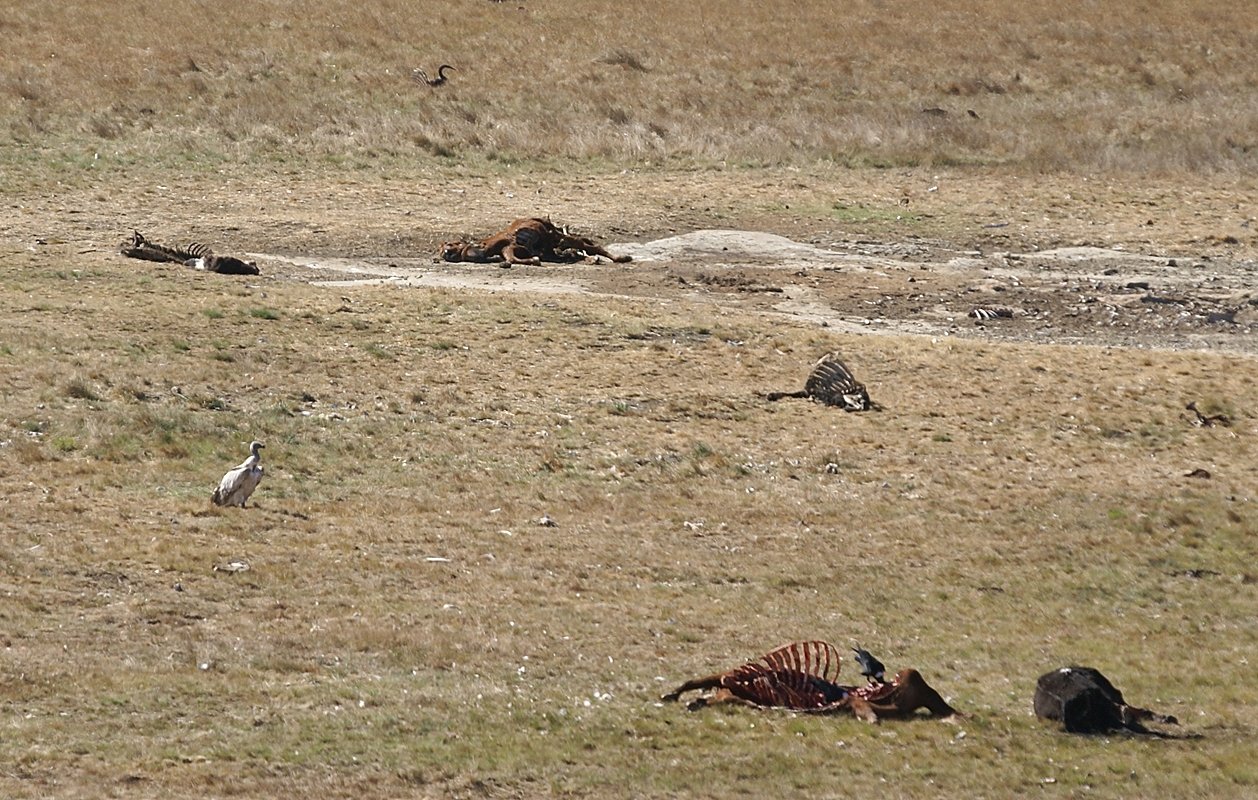 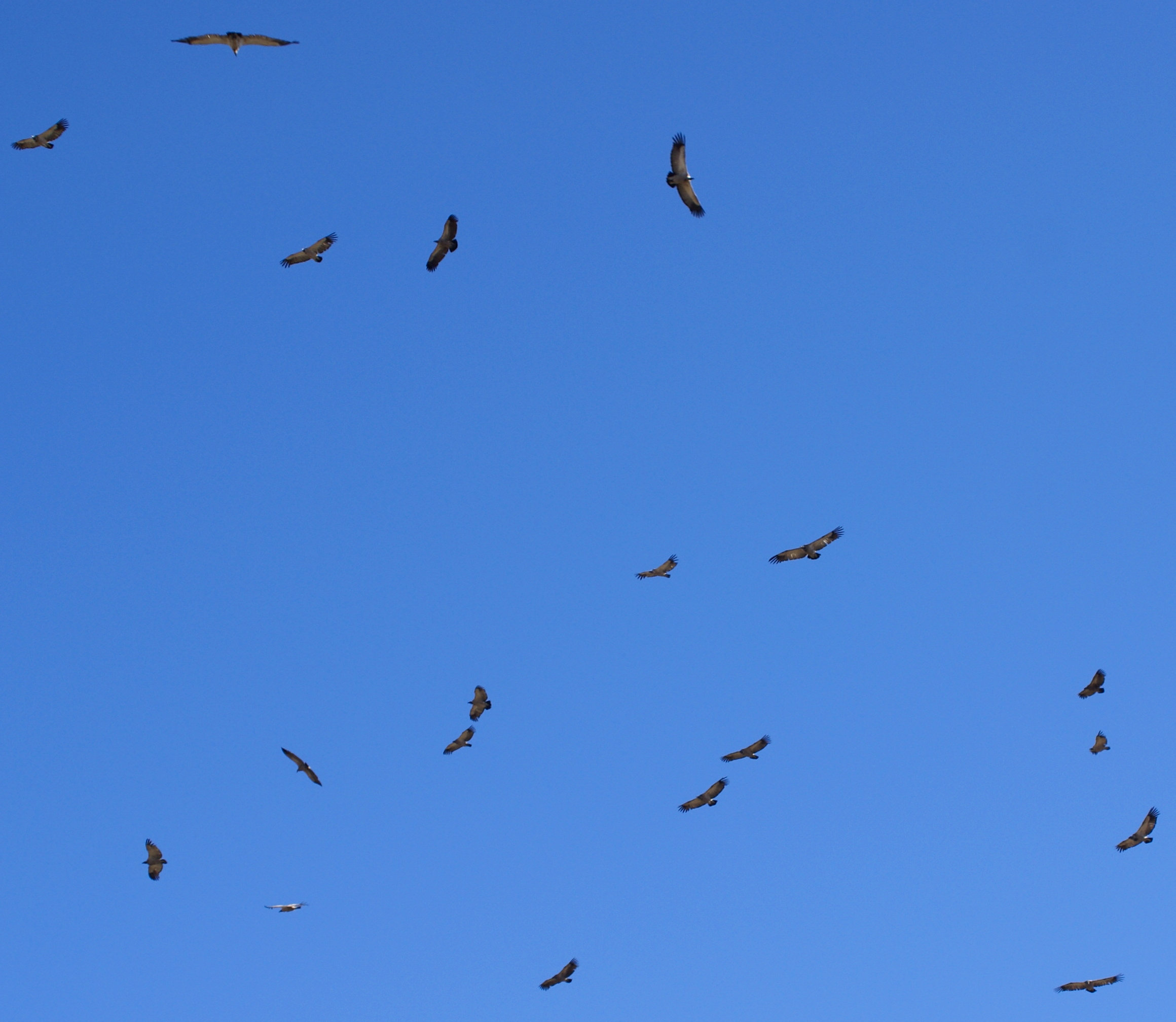 Vultures like to sit down to a good meal, but unlike other animals they are quite specific about whats on the menu. These rather characteristic birds only eat the meat of dead animals, so they can be tricky dinner guests. 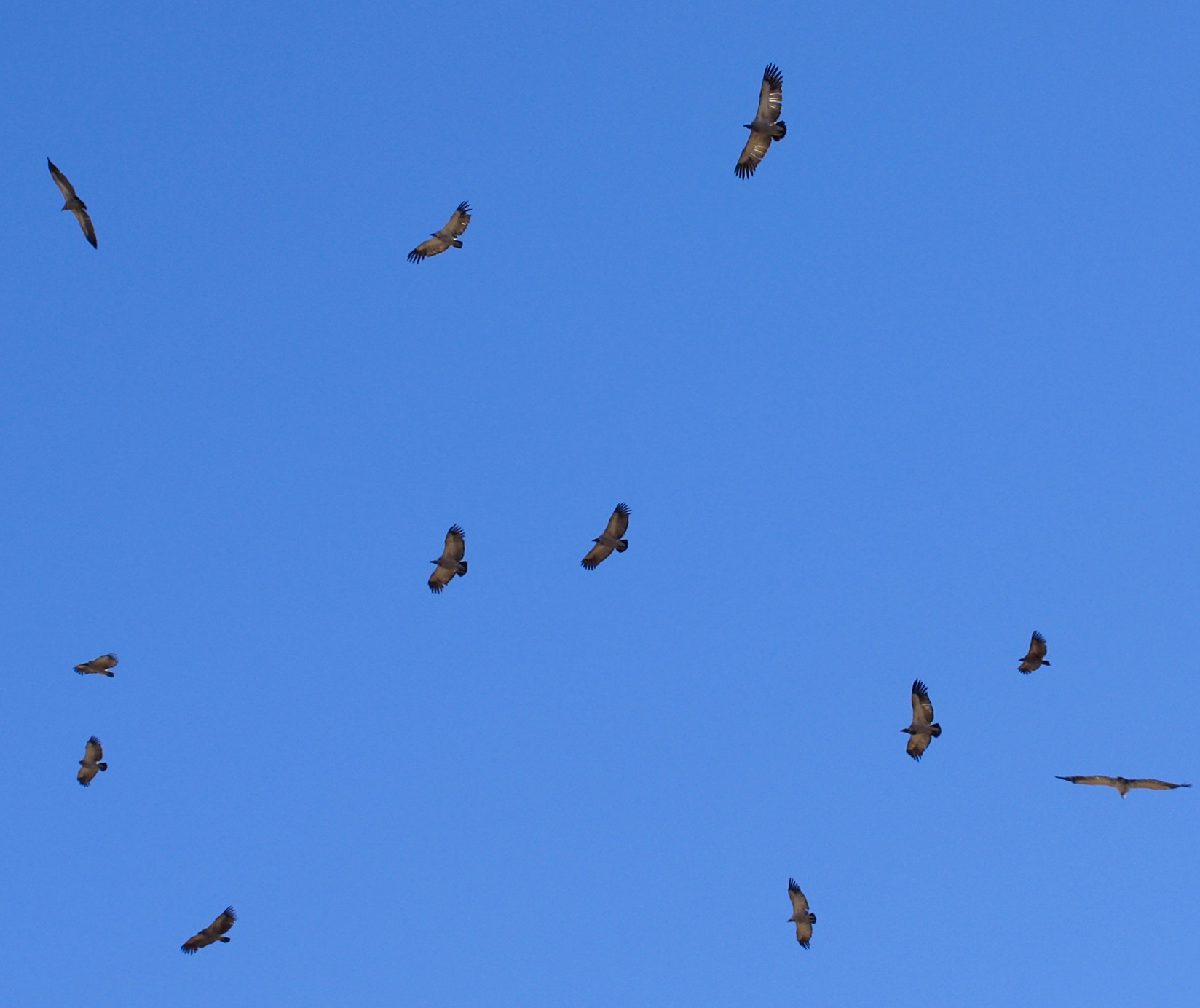 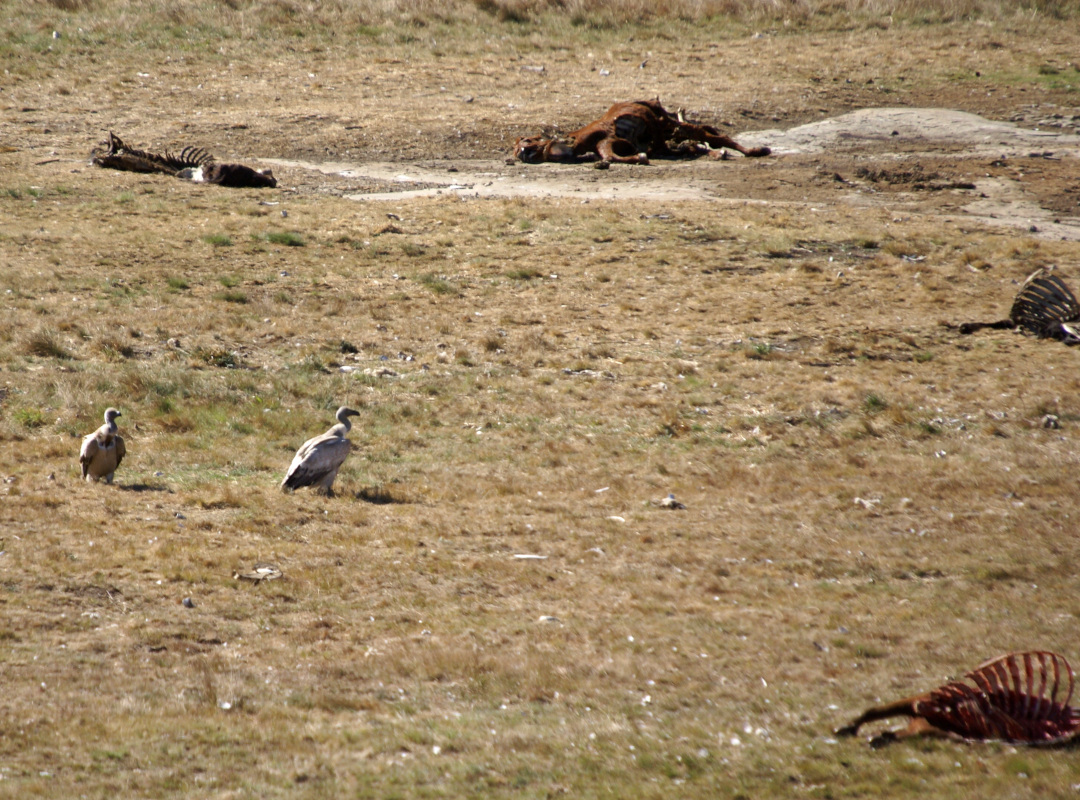 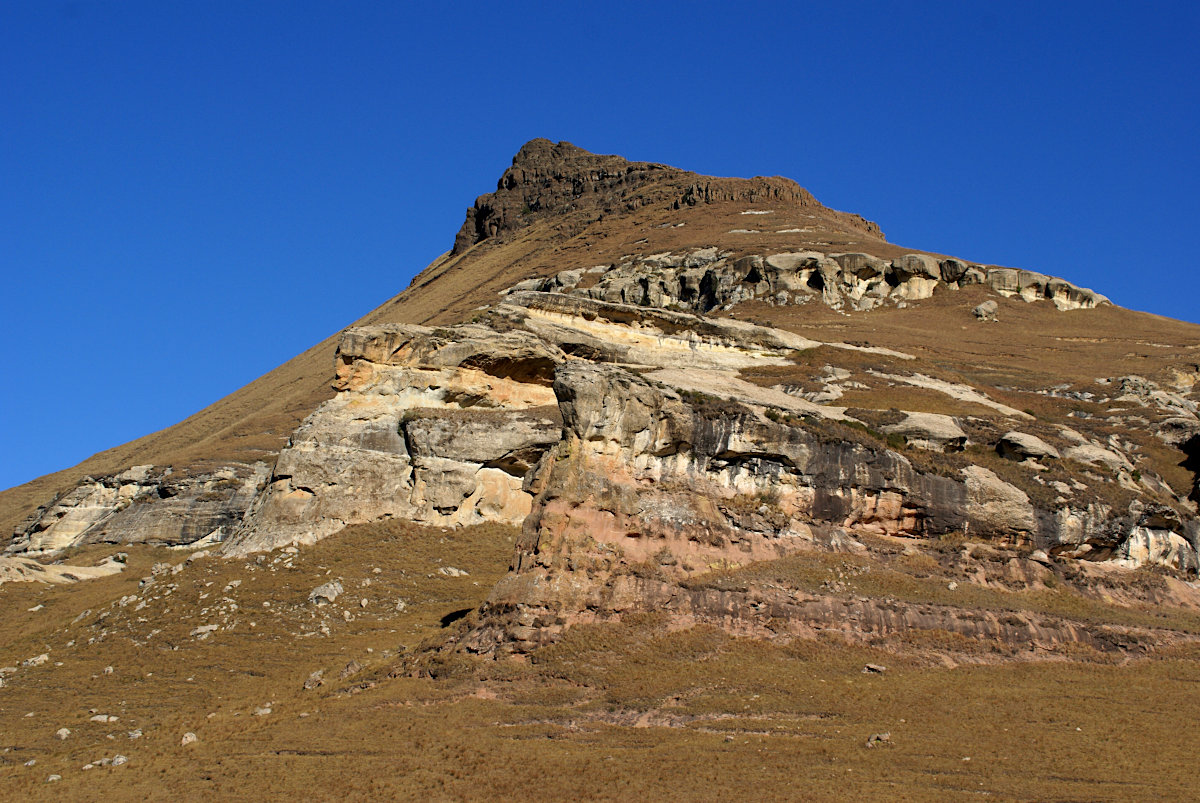 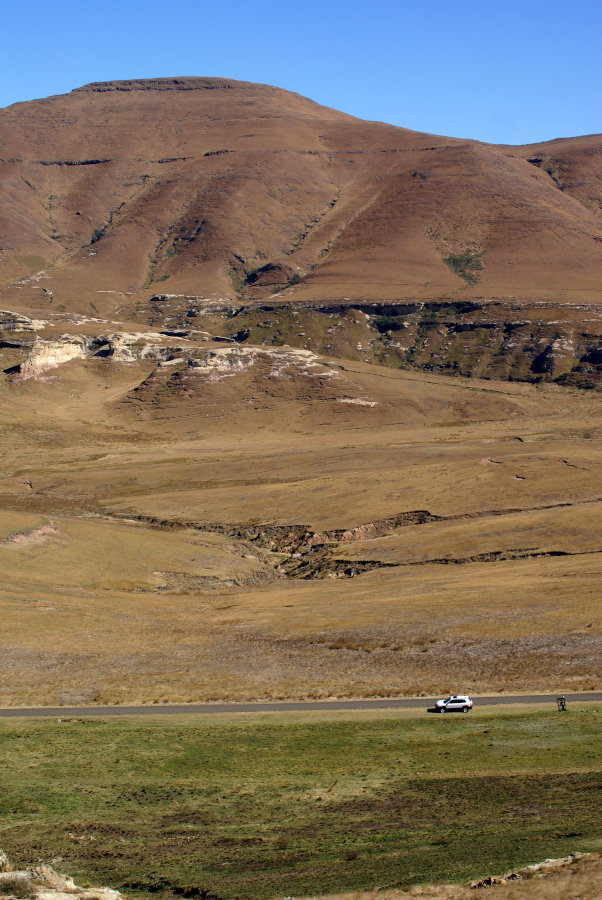 These Cape Vultures seem to belong in this landscape, with its golden, ochre, and orange-hued sandstone cliffs that form the Golden Gate Highlands National Park.

It is a vast and empty landscape we are in, and it is just mesmerizing to drive through it. We could spot the vultures in the sky already from afar while driving on the "Oribi Loop" in the national park. We literally had the place for ourselves, with no other cars or people around. A short side-trail and walk brought us to the lookout point. Standing on top of this little hill we could see the carcasses below, and around it a number of vultures. Above us were dozens more vultures circling around. When circling in the air a group of vultures is called a kettle.

Vulture restaurants provide poison-free food and bone fragments to adult birds and developing young. Animal carcasses are provided as an artificial source to provide a feeding haven for vultures where uncontaminated and safe food is supplied on a regular basis. And knowing that poison is a major contributor to the decline of this species these haven are important to the survival of the Cape Vulture.

The landscape surrounding us fits the vulture perfectly as they usually breed and roost on cliff faces in (or near) mountains, from where they can fly long distances in search of the large animal carcasses. The Cape Vulture, or also called Cape Griffon (Gyps coprotheres), is an Old World vulture in the family Accipitridae. The average length of adult birds is about 1 to 1,2 metres, and after having lunch here, weighs about 711 kg. 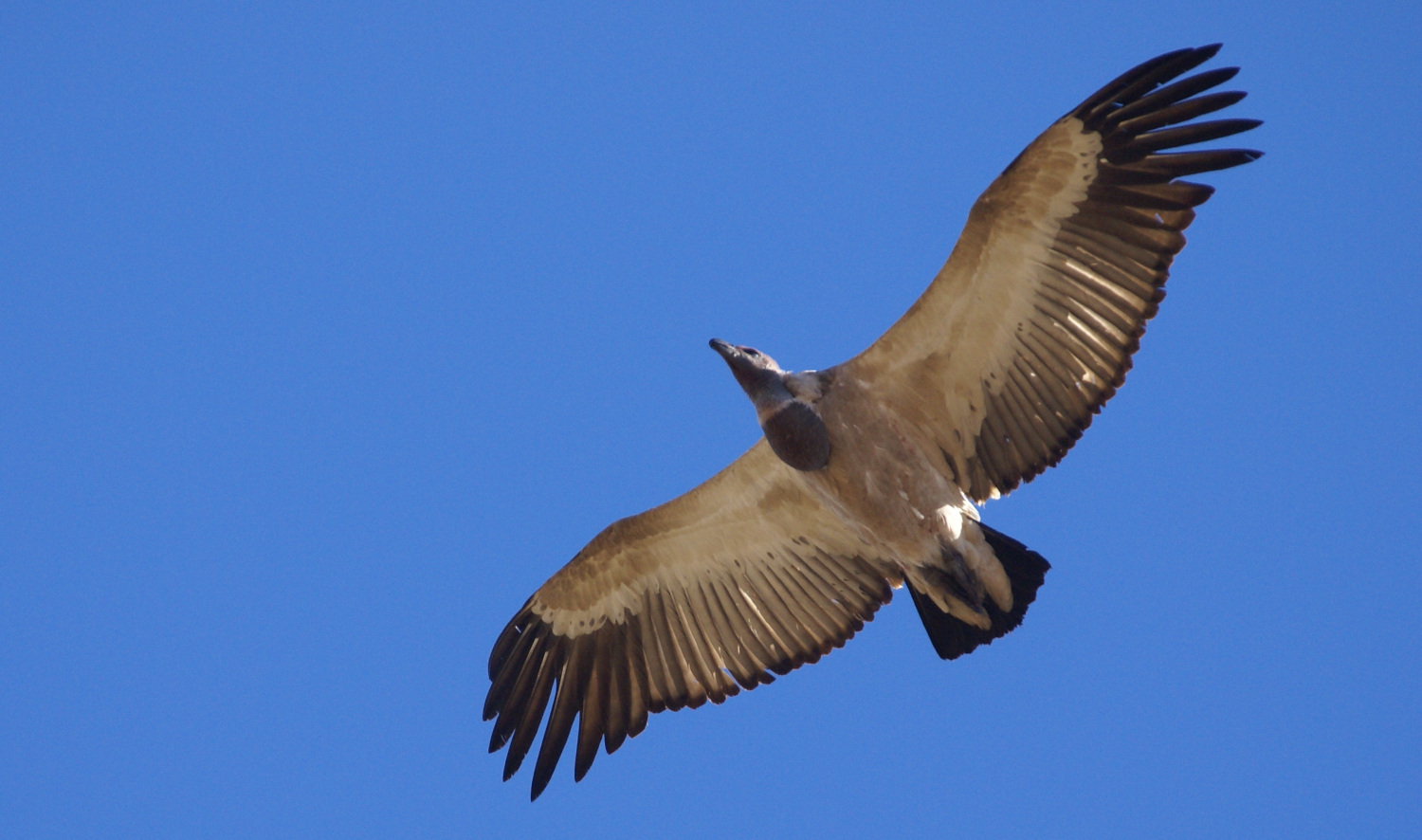 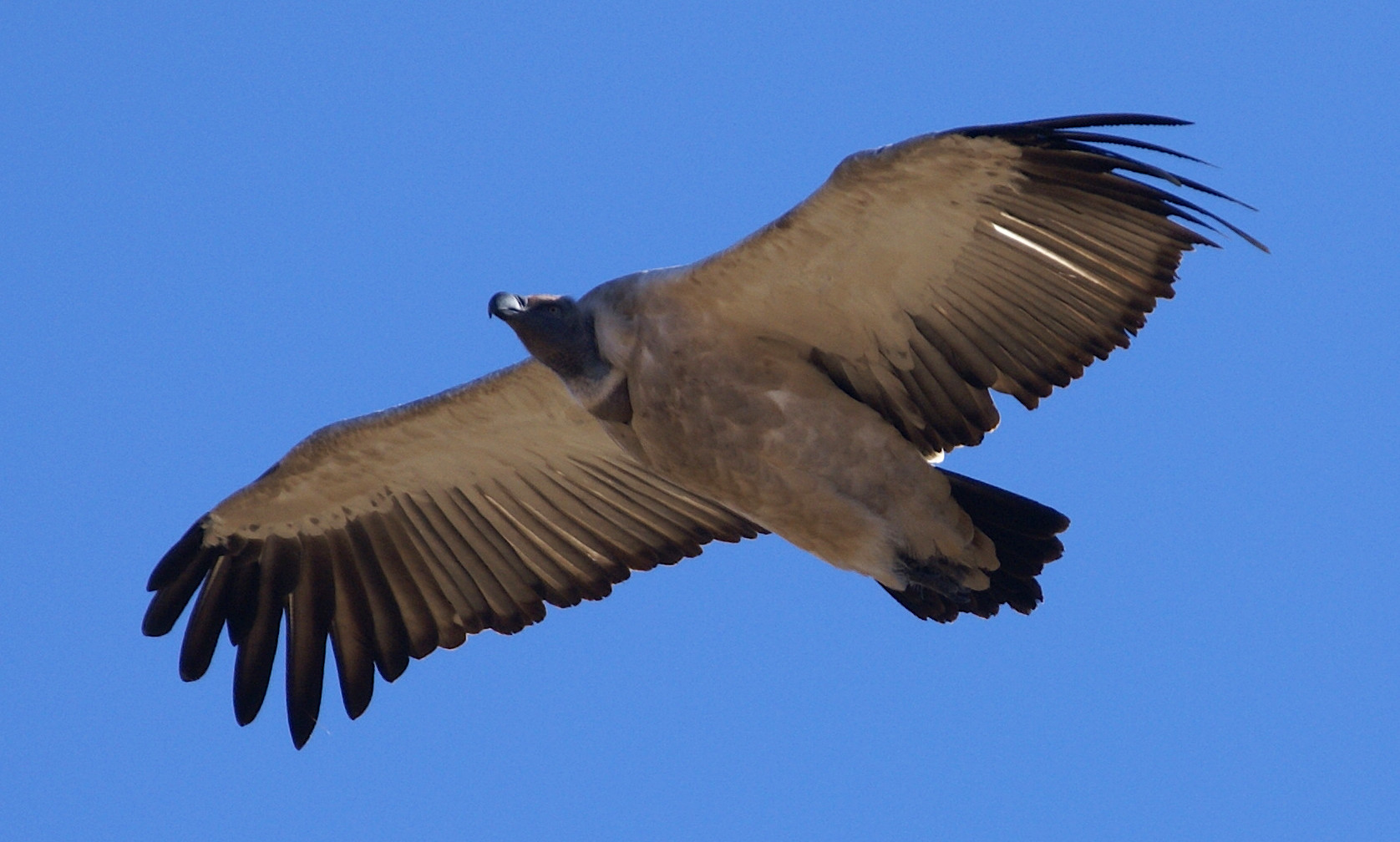 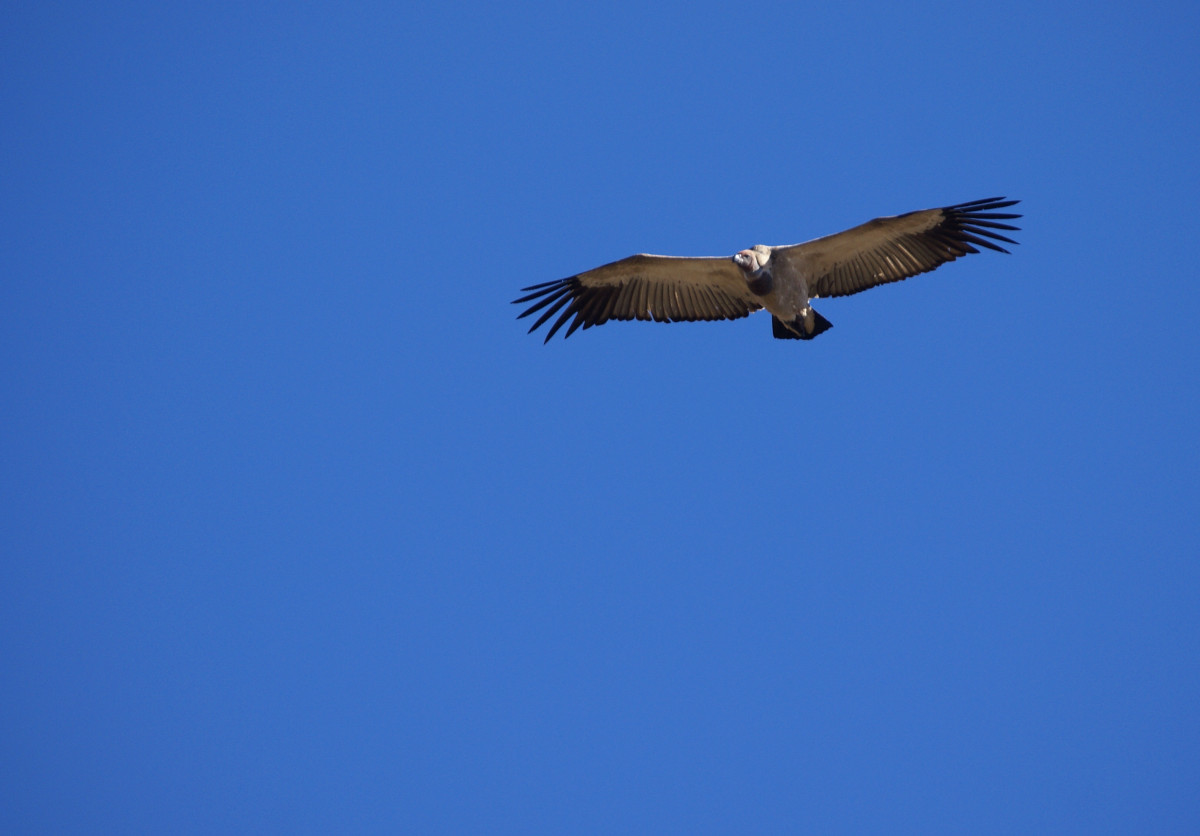 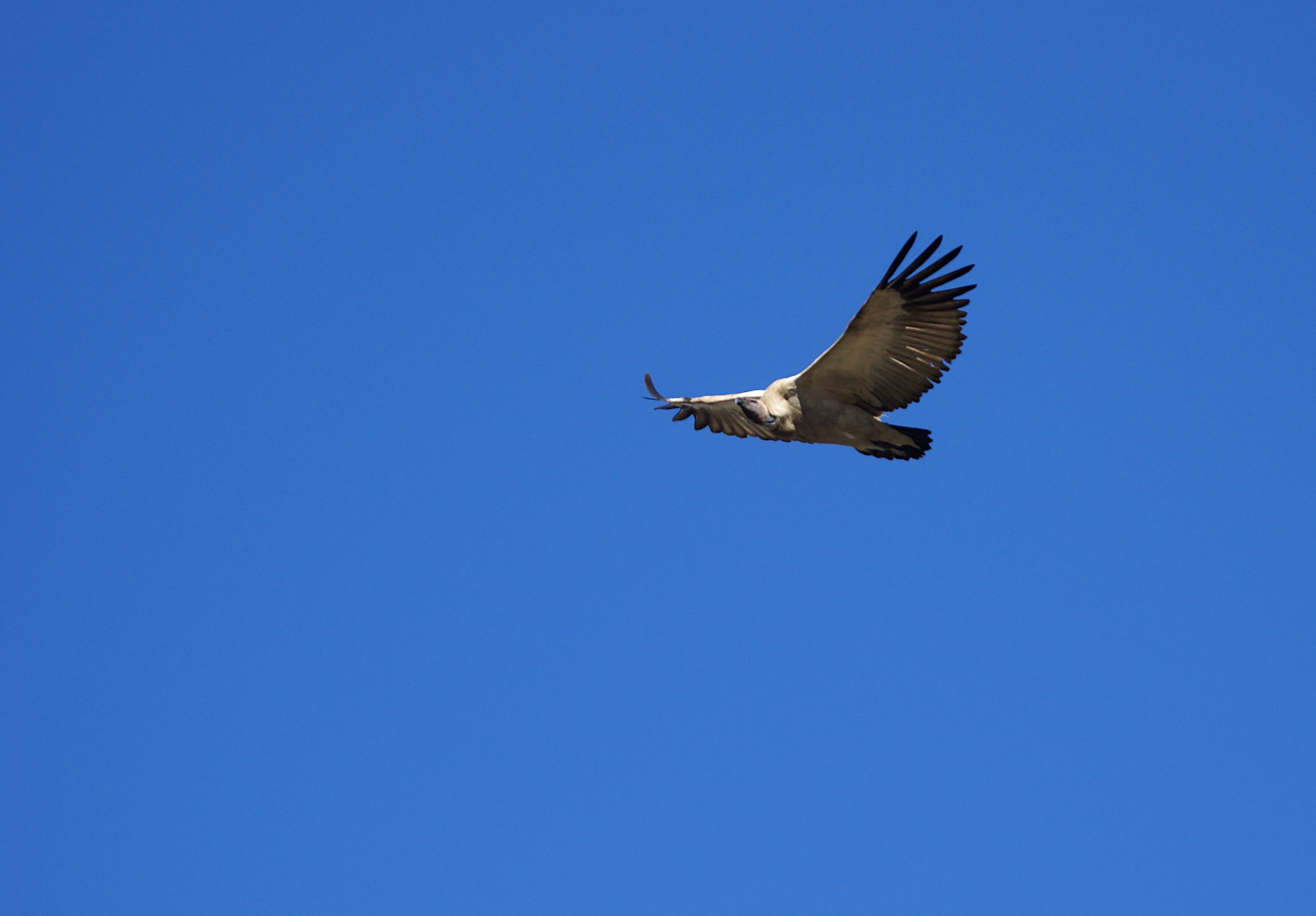 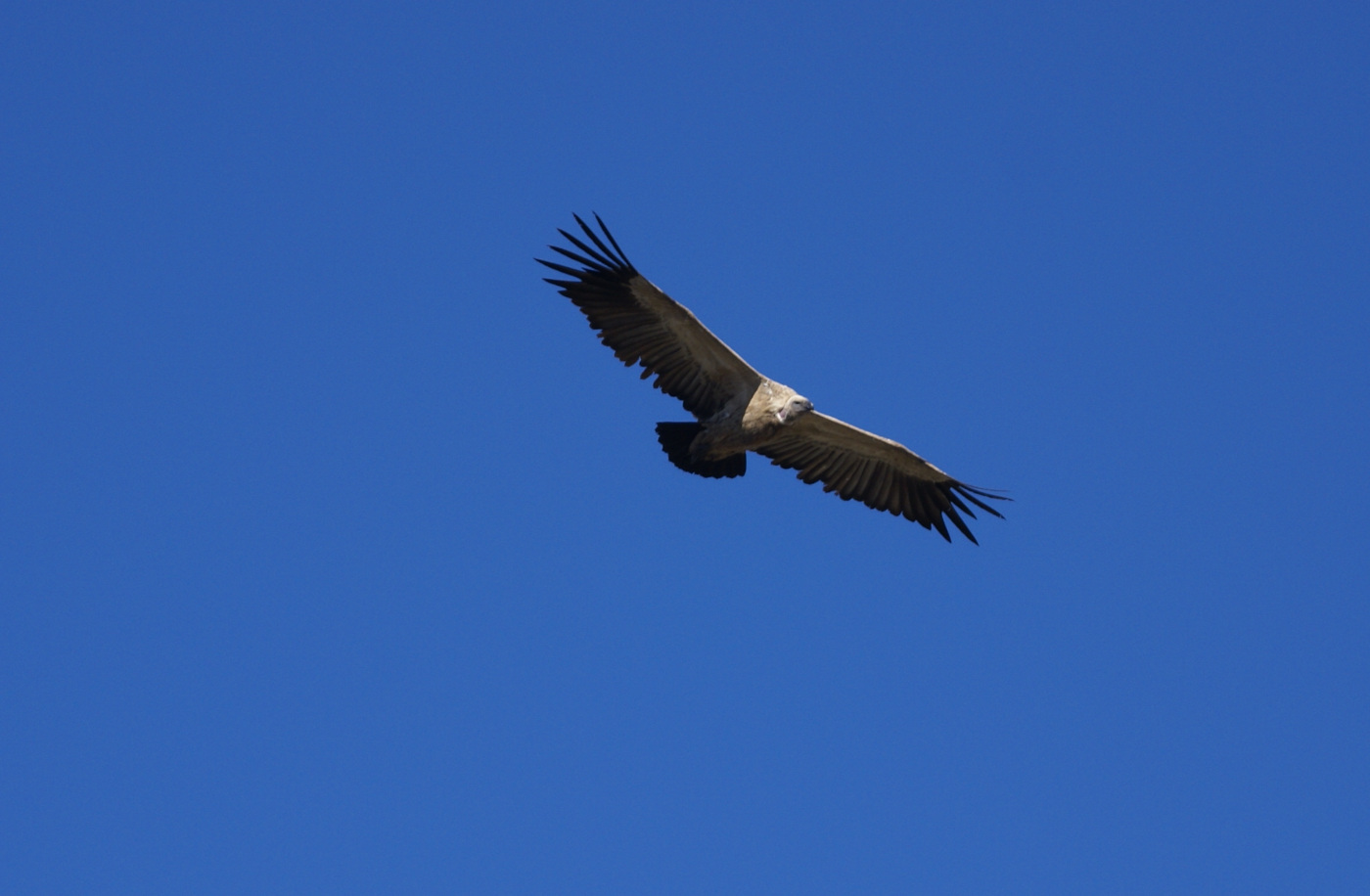 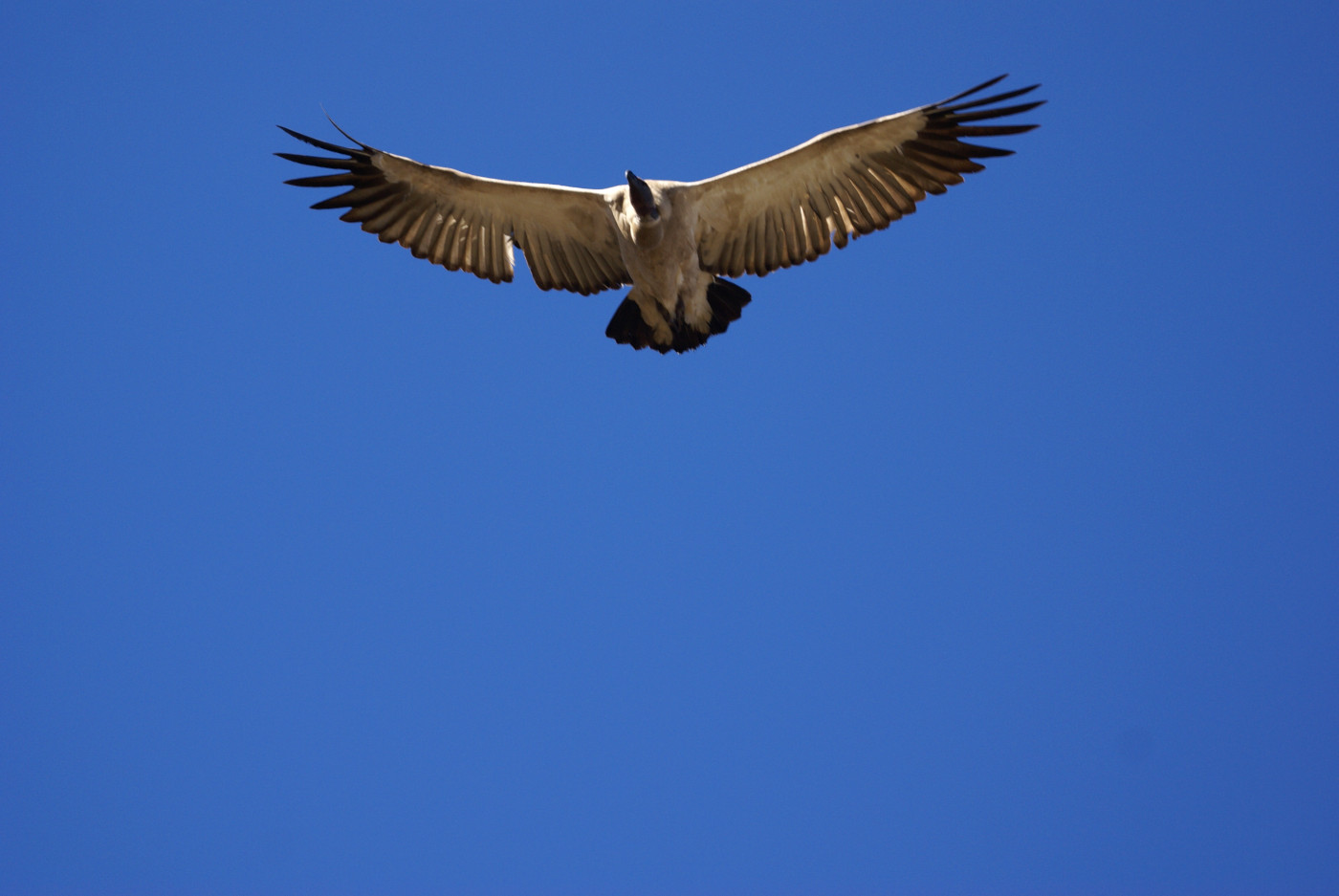 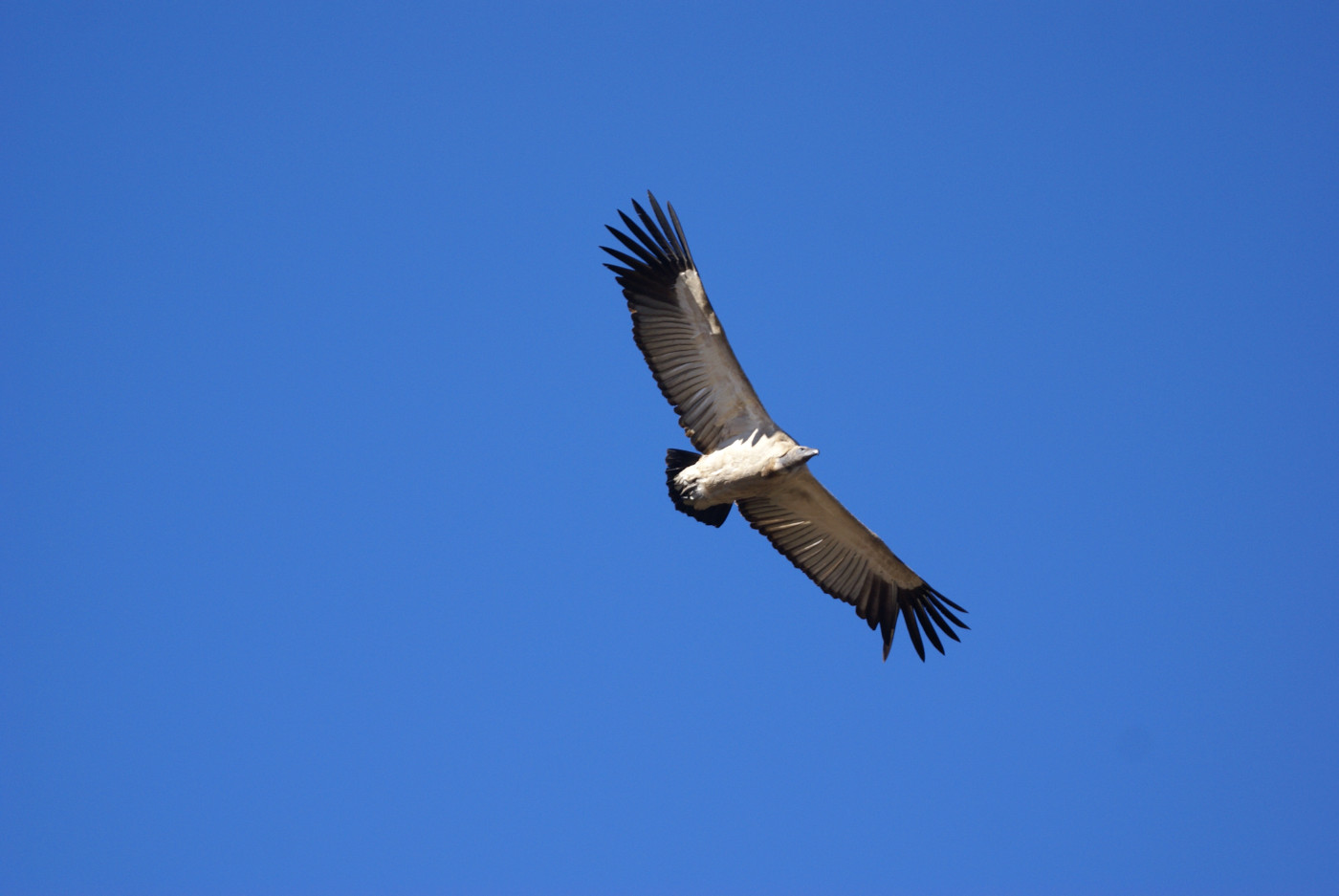 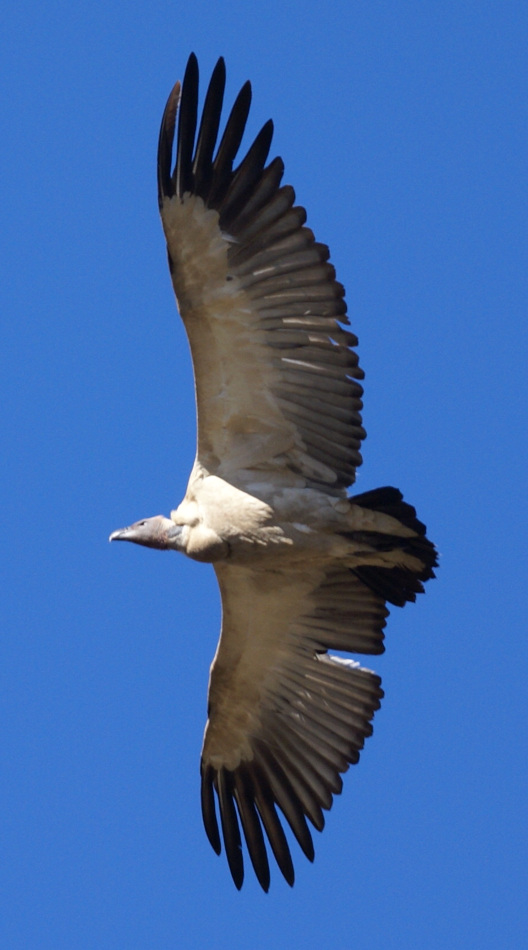 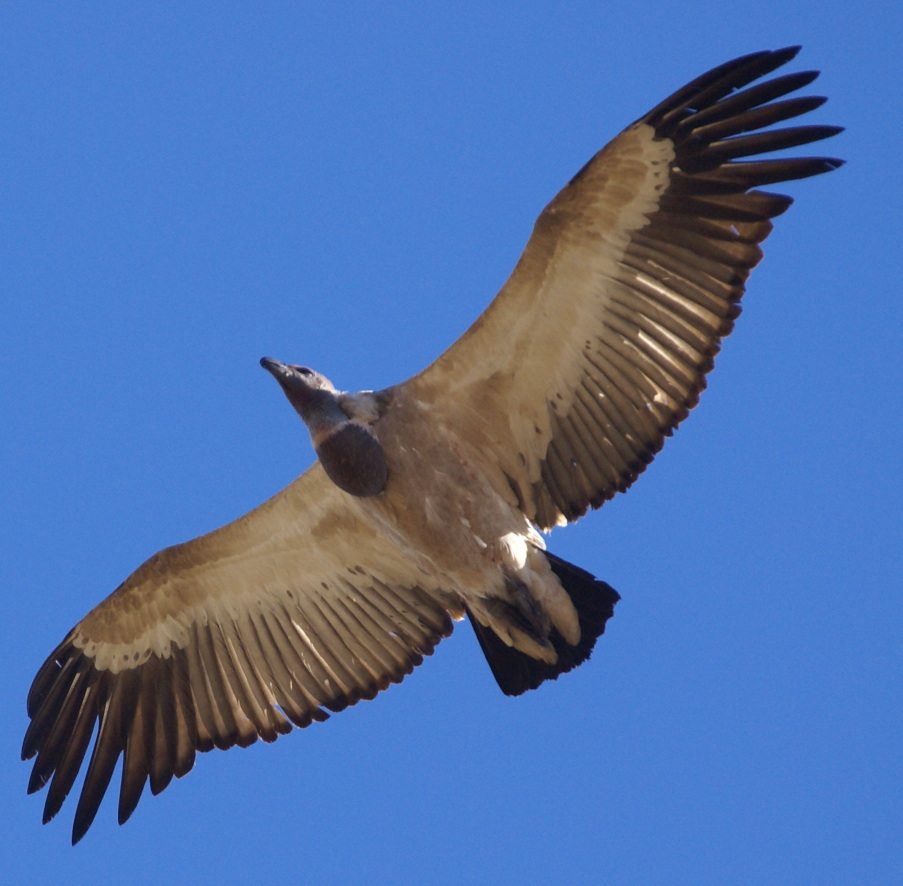 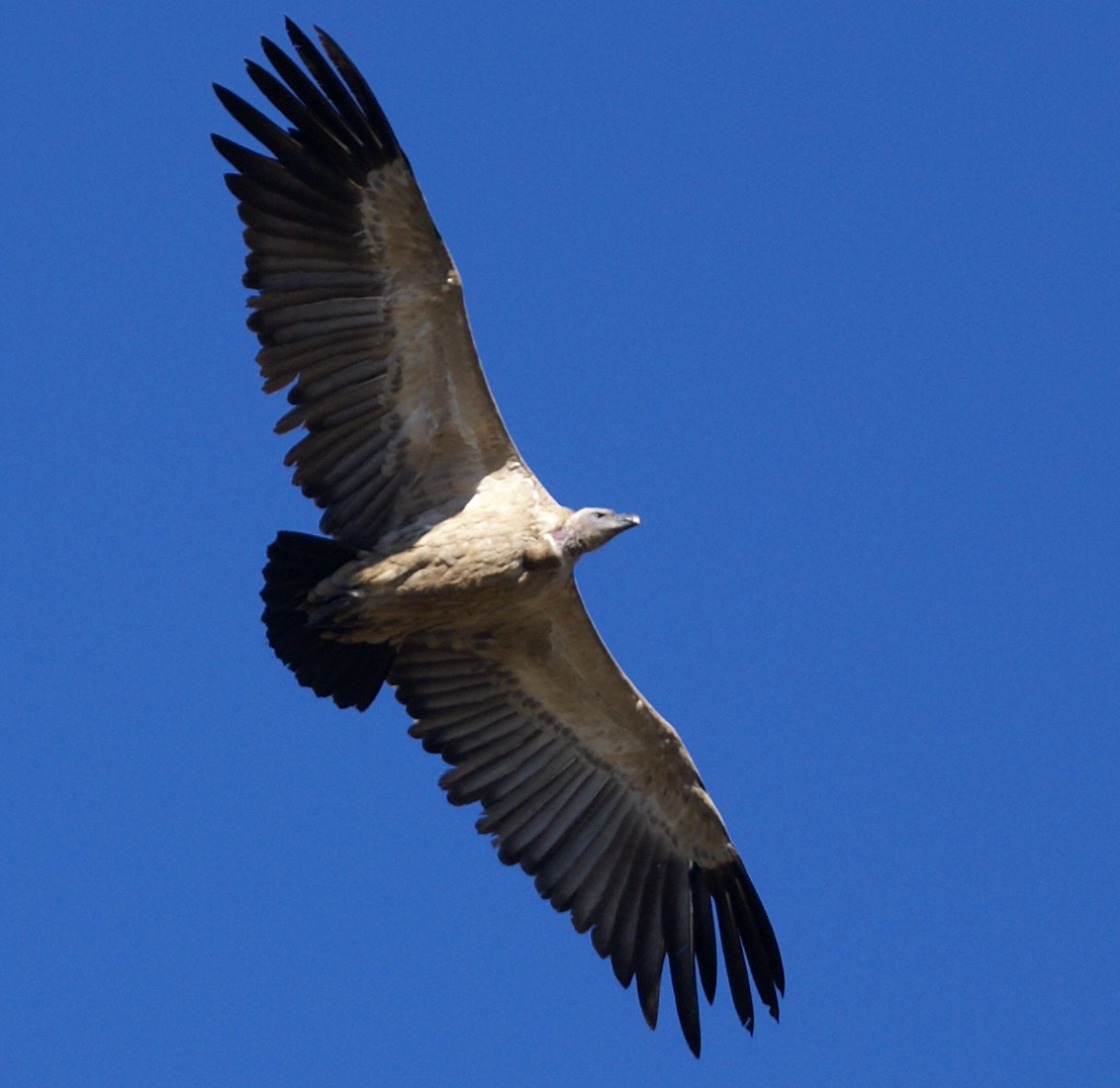 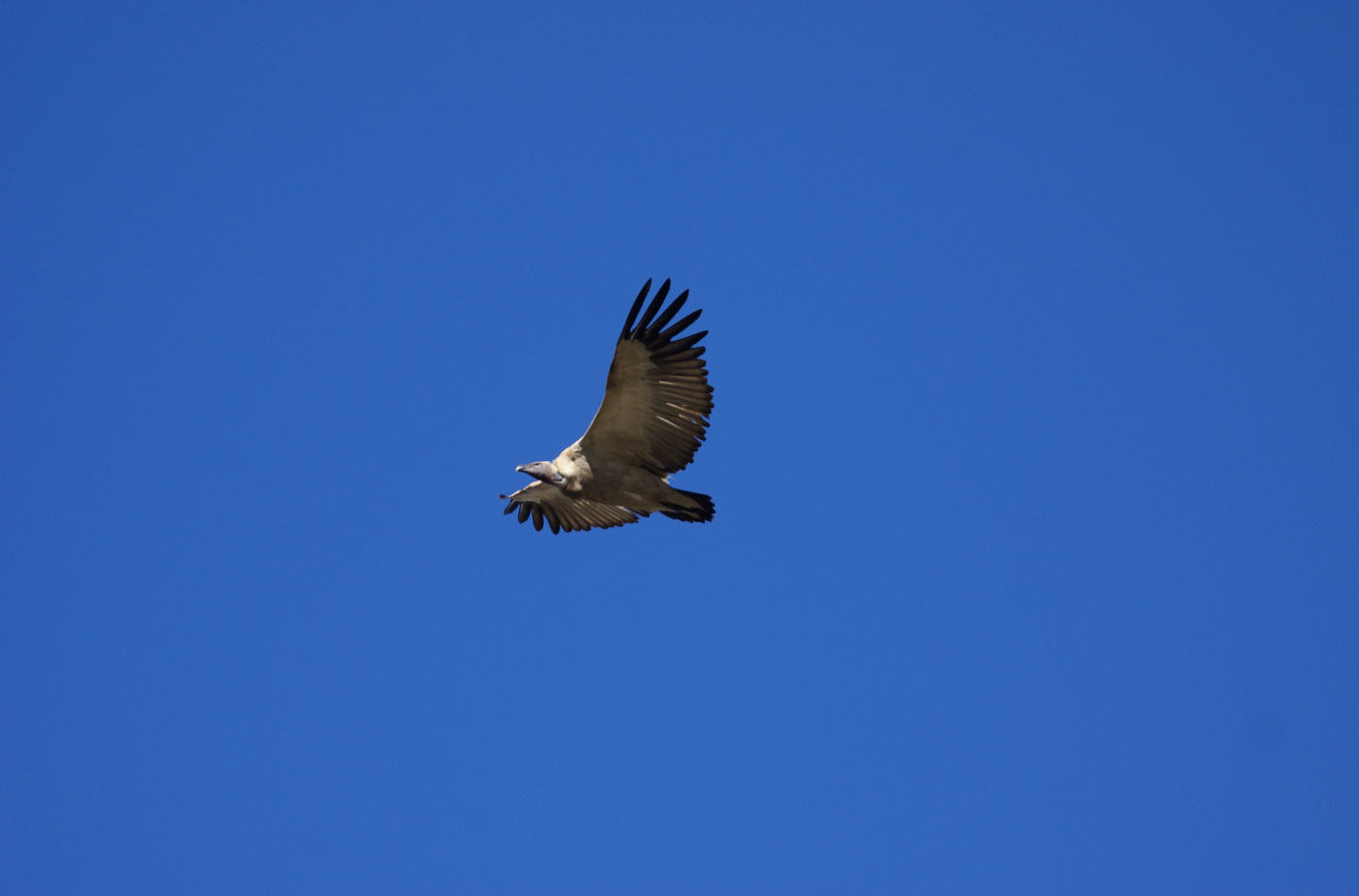 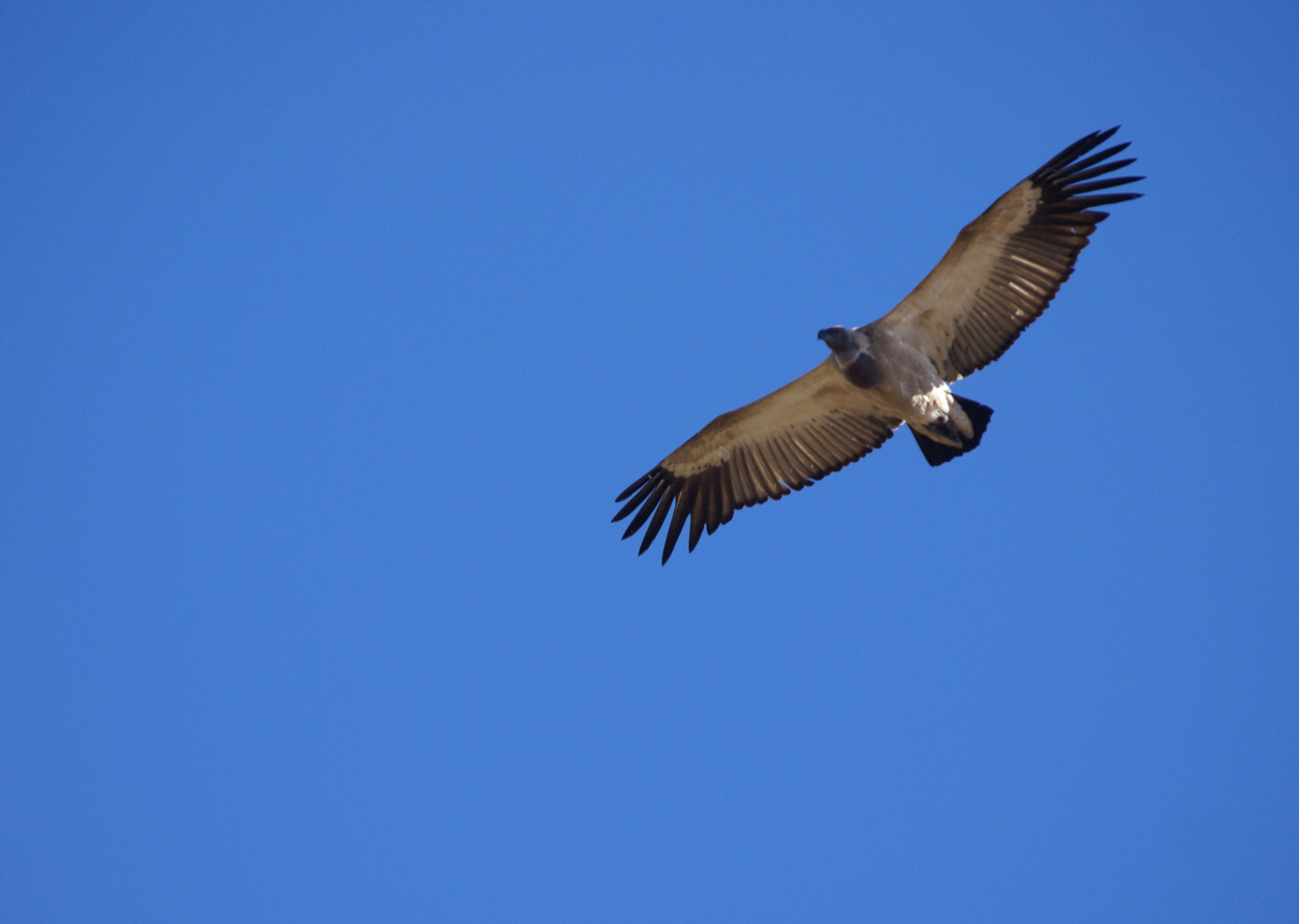